Biden will bounce back from polling tailspin

If President Joe Biden had the luck of the Irish for his first six months in office it has certainly deserted him in recent weeks. 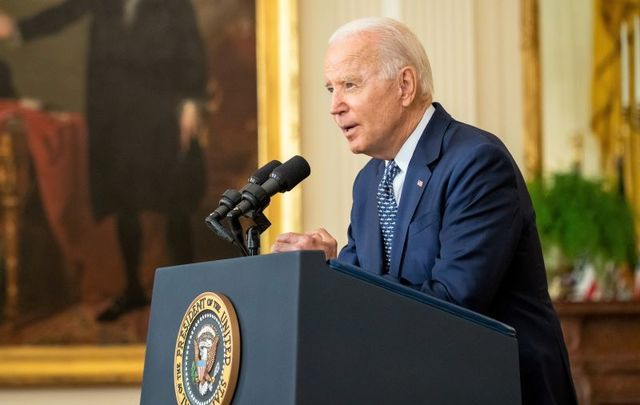 In the Irish parlance, right now, if Biden owned ducks, they would drown.

The withdrawal from Afghanistan, an intractable migration issue on the border, a still very dangerous pandemic, a stuttering economy, and a divide as wide as the Delaware Gap between the center and left of the party is sending Biden into a polling tailspin.

How bad are things? The London Sunday Times quoted well-known U.S. political commentator Larry Sabato as saying it may be time soon for First Lady Jill Biden to tell her husband to give up and forget about 2024.

But Biden was utterly written off in 2020 too and mounted a comeback for the ages that galloped him straight into the White House.

It could happen again, especially if Donald Trump is his 2024 opponent. If there is one major difference between Trump now and Trump 2020 it is that many of his core group want Trumpism but with a milder face.

Even his own supporters admit to Trump fatigue more and more. A candidate like Florida Governor Ron DeSantis might be the perfect mix. He fits the bill by seeming prepared to let his people die to display his utter loyalty to the Trump brand.

Overall, the response to the criticisms is not being articulated well enough by Biden’s folks.

Take Afghanistan. When the British left Kenya, 25,000 died, when they left India, two million may have died, and 15,000 Soviet troops died pulling out of Afghanistan.

Those numbers put in context the dreadful deaths of 13 U.S. military members when we left Afghanistan in August. There was never going to be a smooth withdrawal, alas.

As regards the border issue, Biden can deal with it with a policy of containment and compassion. The clear priority is to stop people from undertaking these dreadful treks to the border to begin with.

Public works in Haiti, for instance, rebuilding the shattered island which will take years, would keep desperate families at home with secure jobs. Likewise, targeted investments and job creation in countries with the largest influx of refugees is the only long-term solution. In both cases, contractors should be from USAID because of massive corruption.

As regards Biden’s legislative agenda the half loaf is, as usual, better than the empty cupboard. Much as Dems moan about Senators Joe Manchin and Kyrsten Sinema, they are who must be dealt with. All the vitriol in the world will not change that.

There is nothing wrong with agreeing to take the half loaf on the table and coming back for more slices in the future.

Politics is played at a level where the forward sense of movement is the key factor the media and public judge the success of policy by.

Right now, Democrats seem stalled in a game as old as time about how much the government needs to fund the new programs.

As a result, Biden is on the 10-yard line with one shot left at the end zone and delivery.

Likewise, with the pandemic, it now looks finally, despite the death car drivers on the GOP side, like it is coming under control.

It’s a tall order, but if Biden can cite an infrastructure/spending agreement, deal frontally with immigration and banish Covid-19, those poll numbers will change very fast. Never count him out.

*This editorial first appeared in the October 6 edition of the weekly Irish Voice newspaper, sister publication to IrishCentral.