Ireland has been locked down for 100 days, but at what cost?

April 9 marks 100 days since the Irish Government introduced Level 5 lockdown restrictions, ushering in one of the bleakest periods in modern Irish history. 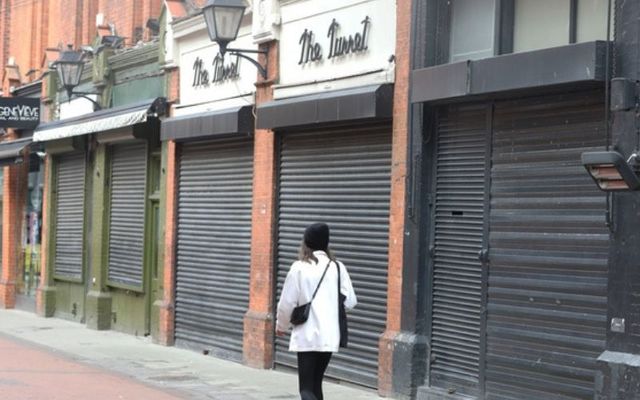 Shops and restaurants have remained continuously closed in Ireland over the past 100 days. Rolling News

It is now 100 days since Ireland yet again entered Level 5 lockdown restrictions at the end of December, but there is still little cause for optimism.

Not even the eternal optimist believed that restrictions would be eased on Jan. 31 when they would be up for review, but most people would have hoped that there would be light at the end of the tunnel with spring on the horizon.

After all, Ireland had authorized two COVID-19 vaccines by the end of January, and cases, hospitalizations, and ICU numbers were already starting to fall dramatically.

However, two months and two reviews later, Ireland remains in Level 5 lockdown, while the country's vaccination roll-out has been nothing short of a farce.

Ireland has endured by far the longest lockdown in Europe in 2021 and it is difficult to calculate just how damaging the last three months have been on Irish people and Irish businesses.

The cost of Ireland's continuous lockdown

Where countries like Spain and Italy imposed nighttime curfews to allow restaurants and bars to remain for a limited time over the past three months, Ireland's bars and restaurants have remained shuttered and abandoned, depriving people of a few hours of normality and depriving businesses of a much-needed source of income.

The financial burden on Ireland's hospitality sector has been unconscionable and there are certain Dublin pubs that have remained continuously shuttered for over a year, with some almost certain never to open again. 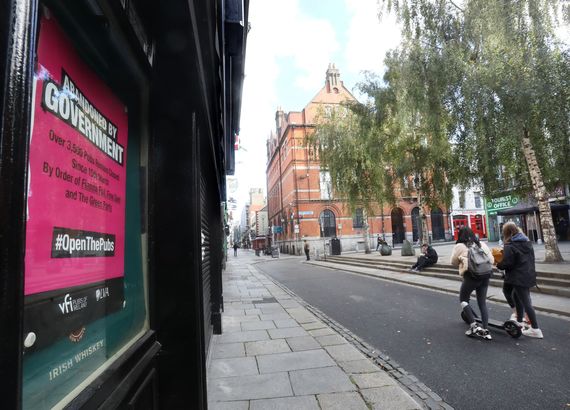 The empty streets of Temple Bar, in Dublin, during lockdown.

Non-essential retail has also been cast by the wayside as NPHET continues to exert its influence over the Irish Government, while people have been unable to escape from their house arrest by enjoying safe recreational activities like tennis or golf.

While Irish businesses have been torn apart over the past few months, it is the human element of Ireland's 100-day lockdown that has been most devastating.

The Irish Government has permitted just ten mourners to gather at funerals over the last 100 days, forbidding hundreds of thousands of people from paying their last respects to a friend or loved one.

An average of roughly 31,000 people die in Ireland every year, meaning that roughly 8,400 people have died in the first 100 days of 2021. How many friends, family members, and loved ones have been unable to attend funerals this year due to COVID-19 restrictions? How many people have died alone and afraid in the absence of the people most dear to them for fear of spreading the virus after they pass?

To make matters worse, the public health authorities responsible for implementing these draconian measures had the gall to shame a family that broke the restrictions to say goodbye to a dying loved one only to catch the virus themselves. Some things are more important than social distancing, but NPHET and the HSE have failed to recognize this since the outbreak of the pandemic last February.

Similarly, how many people have missed out on the chance to properly celebrate important birthdays so far in 2021? This 100-day lockdown amounts to just over 27% of the year, meaning that upwards of 1.3 million Irish people could have celebrated their birthdays in the last three months. How many of those birthdays were important milestones that would be deemed too important to miss in normal circumstances? How many fathers have missed out on their children's birth due to public health restrictions?

For some people born in March and April, they have now celebrated two birthdays in lockdown, scuppering any hopes they had of making up for lost time this year.

For anyone who didn't celebrate a birthday over the past three months, they have had to contend with remaining inside the same 5km exercise bubble. 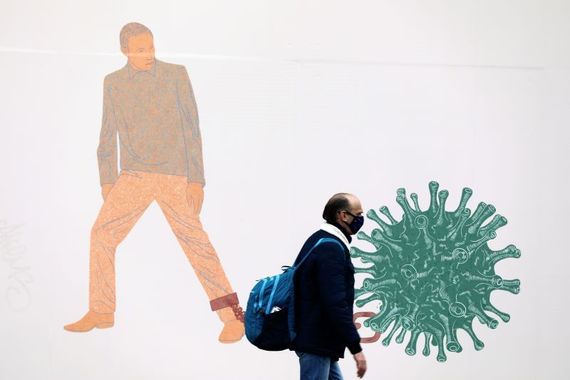 Artwork outside the Science Gallery, in Trinity College Dublin.

Irish people have now spent eight of the last 12 months within 5km of their own home, while people living in Dublin have been permitted to leave their county for just five of the last 200 days.

For some counties, these stringent measures are almost utterly pointless. Ten counties in Ireland have reported fewer than 100 cases over the past 14 days, yet there is no talk of easing restrictions in any of those areas despite the Irish Government's Living With COVID plan, which promised to introduce restrictions on a county-by-county basis.

However, the Irish Government has never attempted to "Live with COVID" since it implemented the plan last September. It has only ever hidden from it behind drastic restrictions.

These severe restrictions have had a telling impact on people's morale and it's clear that many are now at the end of their tether, but they would have been worthwhile had Ireland's vaccination roll-out not been so inept.

The Irish Government's vaccination program has been plagued by false promises and missed deadlines from the off and it was difficult to trust Minister for Health Stephen Donnelly when he promised that 80% of all adults in Ireland would be vaccinated by the end of June.

Donnelly previously promised that 700,000 people would be fully vaccinated by the end of March only for the Irish Government to fall embarrassingly short of its target.

As it transpired, the Irish Government barely managed to administer 700,000 doses of the vaccine by the end of March, falling roughly 600,000 doses short of Donnelly's promised target.

In February, Donnelly additionally promised that Ireland would be administering 100,000 doses of the vaccine every week in March only to fail to reach that target four weeks in a row.

It is difficult, therefore, to take what Donnelly says at face value, despite promising signs in recent weeks that Ireland's vaccination program is finally building up a head of steam. From double-bookings to the Beacon Hospital scandal, too much has gone wrong for the Irish people to trust their Government's ability to deliver vaccines. 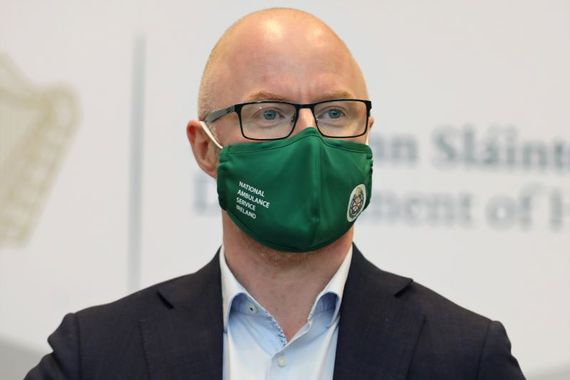 The Irish Government has hidden behind excuses throughout its vaccination roll-out, blaming AstraZeneca for a lack of supply rather than seizing the initiative like Denmark or Austria and procuring vaccines outside of the EU's shambolic vaccine roll-out.

But the Irish Government cannot even blame the EU's faltering vaccination strategy for all of their problems.

Ireland had delivered the third-highest number of COVID-19 vaccines per person in the EU in late January and has now fallen to 10th, and it is not sufficient to blame all of the country's problems on a lack of supply. Other EU members have managed to improve their vaccination roll-out in the last two months in spite of EU roadblocks, why can't Ireland?

Meanwhile, the New York Times estimates that Ireland will be one of the only first-world countries to fail to innoculate its adult population by the end of 2021 - a list that includes many EU member states. It is utterly inexcusable for the Irish Government to point the finger at supply problems or EU regulations every time they face criticism for their vaccination roll-out considering other countries have managed to overcome these challenges.

Yet, rather than own up for their own mistakes and faults, the Irish Government and the Irish health authorities continue to point fingers at the soft targets - the Irish people who have borne the brunt of this brutal lockdown.

In a press conference in mid-March, Ireland's Deputy Chief Medical Officer Dr. Ronan Glynn asked the Irish people to "do a little more" in their efforts to curb the spread of the coronavirus - an incredibly insensitive thing to do considering how much Irish people have sacrificed in the last 12 months.

Rather than apportion blame to the Irish people, Glynn and his colleagues should focus on what they can do better to ensure that Irish people are vaccinated as quickly as possible and on what measures they can introduce so that lockdowns like this never have to be endured again. 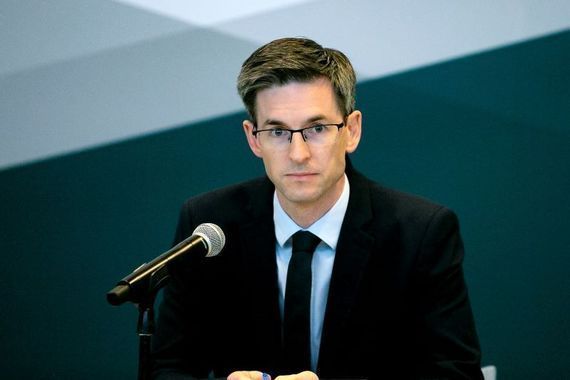 Hope for the future?

The Irish Government will relax certain restrictions over the coming weeks - the severe 5km exercise bubble will finally be cast aside and socially distanced sports such as tennis and golf will make their long-awaited return - but the measures did not go far enough.

The reality is that Irish people must now endure another month of harsh restrictions before they are told yet again to "hold firm" for "one final push" by a condescending and patronizing Taoiseach in his now-monthly address.

After all, what does it matter if people are bringing the virus into Ireland from countries like France or Poland who have been decimated by COVID in recent weeks so long as we don't offend our masters in the EU?

At least the Irish Government is taking the tough decisions and forcing travelers from Saint Lucia and Seychelles to undergo two weeks of quarantine.

Sit tight. These restrictions are not going anywhere soon.