Lauren Devoy Carroll has overcome the most grueling adversities to serve as a beacon of inspiration to anyone struggling with an illness. 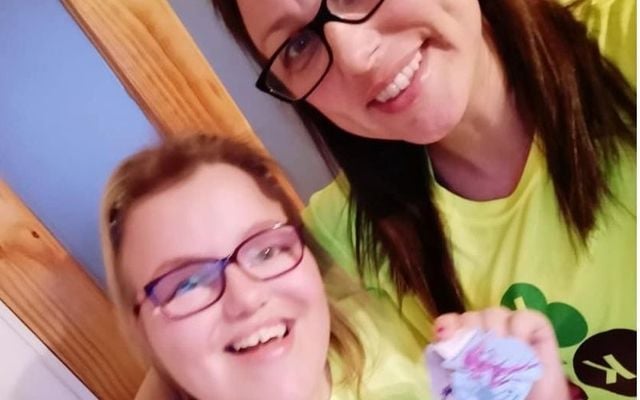 A 23-year-old Irish woman who has undergone more than 80 operations in her young life inspirationally completed the VHI virtual Women's Mini-Marathon in just over two hours.

Lauren Devoy Carroll received a kidney transplant at the age of 12, but she bravely walked the 10km event with the help of her baby brother's buggy as a walking aid and cried tears of joy with her moment in an emotional moment at the finish line, according to the Irish Mirror.

The 23-year-old was born with a chromosome disorder that caused her to be visually and physically impaired as well as affecting her hearing. She also suffered from kidney problems and underwent three years of dialysis treatment at Temple Street Hospital before she received a new kidney at the age of 12.

The Dubliner decided to take part in the women's Mini-Marathon, which took place between Oct. 1-10, to mark the 10th anniversary of her kidney transplant and also as a tribute to her deceased kidney donor.

Her mother Gillian had urged her to do a kilometer a day over the 10-day period, but Lauren powered through the entire walk in just one day once she started pushing her 10-month-old brother Paschal along in his buggy.

"I just wanted to keep going and only stopped for a water break," she told the Irish Mirror.

"My kidney donor was on my mind when I was doing it. I feel so happy that I did it all in one go."

Gillian Devoy said told the Mirror that she sobbed tears of joy when her daughter completed the walk and said that she would have normally had to use a wheelchair to walk such a long distance but that she was able to walk it with the assistance of her brother's buggy.