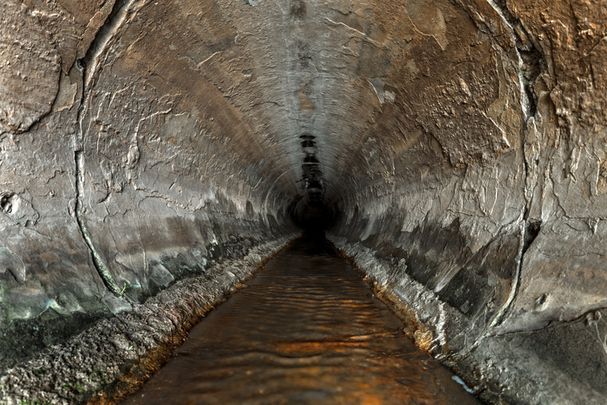 A major operation is currently underway in the city of Belfast to remove a “massive fatberg” which is causing problems to Northern Ireland’s sewerage system.

The ‘fatberg’ has been causing blockages in the sewerage system line under the Dublin Road in Belfast, with removal works underway for the past six Sundays. Further work on removing the blockage is expected to last several more days.

‘Fatberg’ is the term used by authorities to describe the buildup of fat, oil and grease (FOG), as well as other waste people should not dispose of in their sinks and toilets. Improper disposal of waste in businesses and homes results in the formation of these large solidified deposits.

So far Northern Ireland Water (NIW) has removed a “couple of hundred tons” of waste since works began with many more tons expected to follow. NIW crews have been working tirelessly on removing the ‘fatberg’ using shovels and hoses to try and break up the material.

In the past two years NIW Networks has spent over £5bn ($6.5bn) clearing blockages, with 75 - 80 percent of the problems caused by FOG and other items like baby wipes and tampons.Gavin McCready, NIW Networks Sewerage Manager, has urged local residents and businesses to use proper methods of waste disposal like grease traps or the problem could become much worse.

"These fat blockages can not only result in out-of-sewer flooding, but odor problems and the risk of rat infestations both near and beyond your premises. The Dublin road houses a number of fast food outlets, therefore the problem of FOG in the sewers is significant in this area.

“While most businesses use grease traps and bin their waste correctly, those that don’t are contributing to a massive fatberg in the sewers around the area. Our team has been on the site, working over a number of Sunday mornings, clearing the fat that has solidified.This is labour intensive work that can only be done early in the morning before the traffic builds up.”

This is not the first ‘fatberg’ to hit the city. There was also one discovered further north of the city under Shankill Road which rose up to street level leaving an imprint on a manhole.“We also recently discovered another fatberg on the Shankill Road which was so big, it rose to the top of the sewer and had been imprinted with the manhole!“We would appeal to all our customers, especially food outlets, to dispose of their FOG appropriately. For householders, let it cool and then put it into the bin. Alternatively, pour it into a disposable container and take it to your local oil bank. Ways to dispose of FOG include fitting a grease trap, using an enzyme dosing system or recycling it.”

😱Ok, lads...what are ye playing at?! I thought the #Belfast #fatberg was bad. Here's a list of other items found @niwnews in sewers! pic.twitter.com/0iKop7Cxcy

NIW have listed some of the strangest items they have found in the sewers over the years and include a Winnie the Pooh teddy bear, a baby car seat, fire extinguishers and a six foot christmas tree. In 2015 a 10-ton ‘fatberg’ was discovered under the city of London and was the size of a Boeing 747.

What is the strangest thing you have tried to flush down the drain? Be honest.