Wreckage of Lusitania gifted to Kinsale museum by US businessman

Wreckage of the ship Lusitania, which sunk on May 7, 1915, killing 1,201 people, have been donated to the Old Head of Kinsale Museum by the wreck’s owner. 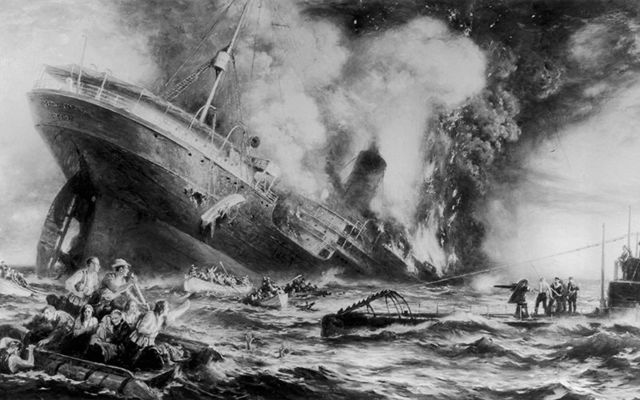 A painting illustrating the tragic sinking of the Lusitania, by a German U-Boat, when 1,201 people died. Getty

Parts of the wreckage of the ship Lusitania, which sunk on May 7, 1915, off Ireland’s coast, killing 1,201 people, has been donated to the Old Head of Kinsale Museum by the wreck’s owner US businessman Greg Bemis

Wreckage from the shipwreck of Lusitania off the Cork coast, which have been recovered over the years, has been donated to the Old Head of Kinsale Museum, by the owner of the wreckage, US businessman, Greg Bemis.

On May 7, 1915, just one year after the outbreak of World War I the Lusitania, a British ocean liner en route from New York to Liverpool, was struck and within 18 minutes had sunk. At the time the Lusitania was the largest ship in the world. 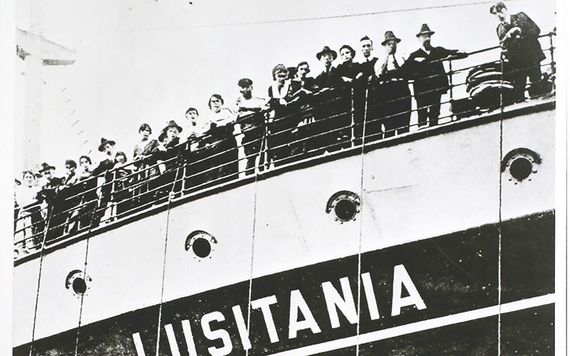 Passengers photographed on board the Lusitania.

The tragedy killed 1,201 souls, including 120 Americans, among them the richest men in the United States, Alfred Vanderbilt. Among the dead were also 140 Irish people including the art collector Sir Hugh Lane, James McDermott, the ship’s surgeon, his assistant, Dr. Joseph Garry, and the composer Thomas O’Brien Butler. 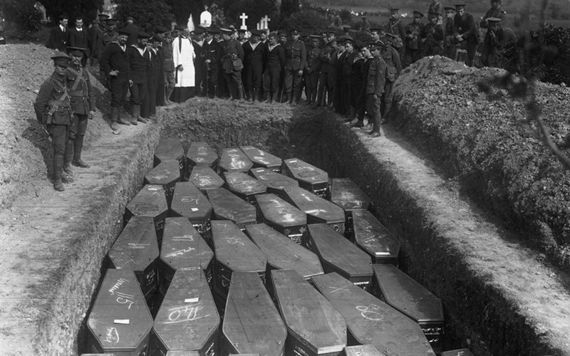 A mass grave in Cobh, County Cork, for the victims of the Lusitania.

The Lusitania was a neutral passenger ship and not a legitimate wartime target although the Germans claimed the ship was carrying arms. It is said that although the US did not enter the fight of World War I for two years after the tragic it was the Lusitania which heralded their entry.

Read more: How a 104-year-old telegraph machine was recovered from the Lusitania shipwreck

A representative from the Old Head of Kinsale Museum, Con Hayes told RTE Radio’s, Morning Ireland, “We have been commemorating the Lusitania, of course, because we built the Lusitania memorial garden at the Old Head.”

He added, “We want to continue that work by building a full-scale museum where we can display Lusitania artifacts and tell the story properly."

A United States businessman, Greg Bemis, owns the wreck. Bemis has overseen dives and helped recover many of the artifacts saved over the years. These have been donated to the Old Head of Kinsale Museum. 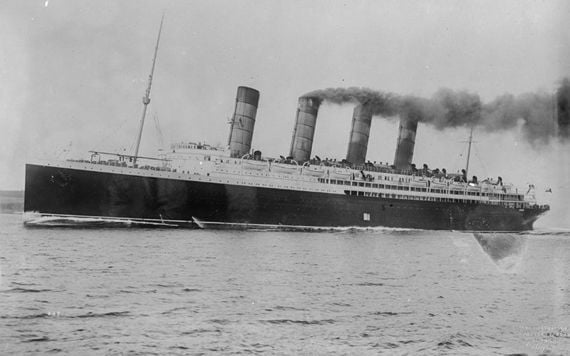 The Lusitania, the largest ship in the world, at the time of its launch.

The wreckage of the Lusitania is regarded as a war grave and is protected by the Underwater Heritage Order, under Ireland’s National Monuments Acts.

Bemis, speaking to RTE, said it would be wonderful to finally understand what caused the second explosion on the Lusitania. He believes “very strongly” that explosives were being carried on the passenger ship. His theory is that they exploded after the ship was hit by a torpedo, from a German U-boat.

While he finds it “embarrassing” how much money has been spent on the sunk ship he emphasized that the ship was not the most important aspect of the Lusitania’s tale, rather the 1,201 people who lost their lives.

He said “I think it is a very worthy cause but I think it would be wonderful to answer that final question of what caused the second explosion.

"Today we are finally coming to a close of my relationship with the Lusitania. I'm getting too old to continue with this thing forever and I'm going to be 91 the end of this month and it is about time I have some new people responsible for carrying on the research and the exploration and the recovery of artifacts for the museum."

Here is footage, from British Pathe, of the Lusitania, entering New York City:

Should investors continue to spend money on finding out what exactly happened on the Lusitania which led to 1,201 people losing their lives? Let us know in the comments section below.