One Irish woman missed out on her nephew’s christening as she was unable to fly home on her booked flight with the airline. 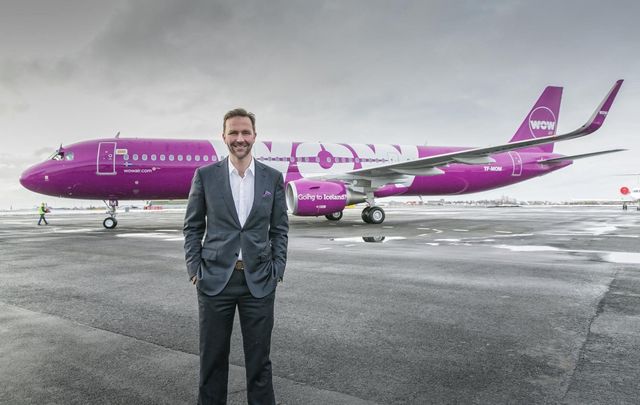 Travel plans of thousands of Irish people have been left in disarray and hundreds more left stranded as WOW Air announced its collapse on Thursday morning.

The airline from Iceland issued a statement telling passengers: “Wow Air has ceased operation. All Wow Air flights have been cancelled. Passengers are advised to check available flights with other airlines. Some airlines may offer flights at a reduced rate, so-called rescue fares, in light of the circumstances.”

With 15 flights set to take off on Thursday alone, hundreds of passengers have been left stranded or have had to abandon further travel plans. Among them was Denise Riordan from Donegal who was set to travel home from the US on Wednesday night to attend her nephew’s christening.

Riordan told the Irish Independent that she booked three months ago to travel home from Baltimore/Washington International Airport (BWI) with a stopover in Iceland.

"We were due to take the flight at 7.05pm yesterday, we were all lined up to board - half of the people were already on board the flight," she said.

"Then a man came up to the people who were checking our boarding passes - it turned out that it was a pilot - and he said: 'You can't let these people board, you need to tell them there are operational issues.'

Read more: Direct flights from Buffalo, NY, to Ireland could be on the way

It's chaos at the Toronto airport after low budget airline @wow_air shuts down and cancels all flights #Toronto #WowAir https://t.co/7UgQpYvhqS pic.twitter.com/K835SLCC6F

"We were told that the flight would be delayed for two hours, then it was delayed until 11 pm and then it was cancelled.

"They said that there will be further information today and asked if we have any questions.

"There was uproar, of course, we have questions!"

Riordan is now unable to fly home for the reunion as while some Irish airlines such as Aer Lingus have offered reduced rates where they can, her flight home would now cost in the region on $1300 to $1,800.

"I have a brand new nephew – Ollie - who is six months old. I was planning to go to the christening and there was a family reunion planned,” she told the Independent.

"It was the first time I was going to meet him.

"My family are annoyed, disappointed, surprised. They said: 'We thought we were going to wake up and that you were in Dublin and had picked up the car to drive to Sligo.'"

While canceling flights on Wednesday evening, customers were still able to purchase flights from WOW Air right up until their final announcement on Thursday morning. Some passengers even reported receiving confirmation emails for their flights after the airline had officially collapsed.

WOW Air has not offered refunds to passengers but has told them to contact their credit card companies and European regulators.

“Passengers will quite rightly be appalled that Wow Air, was still selling tickets right up to the moment it collapsed knowing full well that any tickets sold would likely not be worth the paper they are printed on,” Rory Boland, the editor of British consumer group Which?, told the Irish Times.

Did you have plans to travel on WOW Air in the coming months? Tell us your story at editors@irishcentral.com.