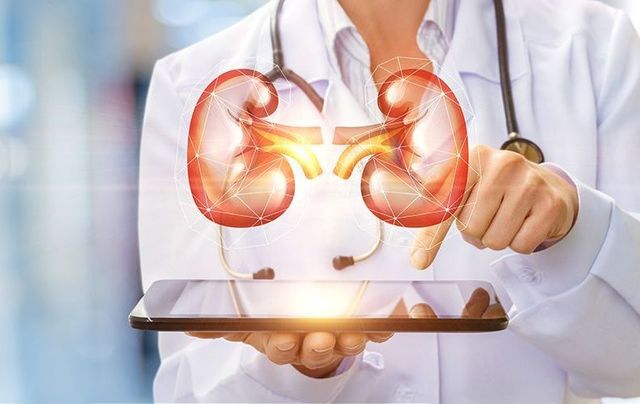 In an amazing medical first, a young mother has been given a new lease on life when surgeons in Belfast used a 3D-printed model of her father’s kidney before transplanting it into her.

Mother of one Pauline Fenton, 22, had been living with end-stage kidney disease and was entirely reliant on dialysis.

Following tests, surgeons confirmed her father, William, 45, was a suitable donor. However, a potentially cancerous cyst was discovered on his kidney and it would first have to be removed before being implanted into his daughter.

That’s when surgeons at Belfast City Hospital made the decision to use an innovative 3D-printed replica model of the father’s donor kidney. It was printed from his CT scans.

The model allowed the team of doctors to ascertain the size and placement of the tumor and cyst so surgical staff could ensure precise and complete excision of the cyst and retrieve maximum healthy tissue for transplantation.

Tim Brown, one of the consultant transplant surgeons who carried out the operation, said, “We planned and rehearsed the surgery precisely, using an exact replica of the donor kidney containing the size and position of cyst. So my team knew the precise procedure required in the operating theater.

“This level of insight is just not achievable with standard pre-operative imaging.”

Brown praised the “gift” Pauline’s father gave her and the role of a “living” donor, but he also said that 3D-printing had a significant part in the life-saving operation.

“In this case, I’m certain 3D-printing also played a part in helping us to give this young mother an improved quality of life and the opportunity to see her child grow up,” he added.

It is the first described case of its kind in the world.

Daniel Crawford, the founder of Belfast company axial3D which produced the model, said both father and daughter are doing well after surgery.

He added, “We’re delighted that our work provided significant benefit for this family.”