The woman was shot in her family home in Collins Place, Finglas, at around 8:40 p.m. on Saturday. Gardaí believe that the shooting may have been accidental. 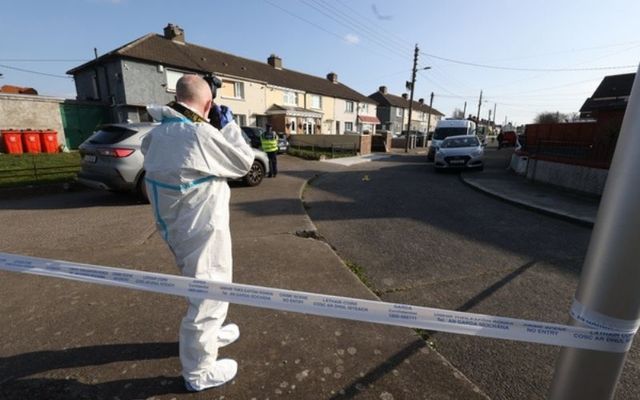 Gardai and forensics at the scene in Collins Place Finglas, Dublin, where a woman was shot dead last night. Rolling News

Gardaí are investigating the fatal shooting of a 36-year-old mother in Dublin on Saturday evening.

The woman was shot in her family home in Collins Place, Finglas, at around 8:40 p.m. on Saturday.

Emergency services rushed to the scene and the woman was taken to the Mater Misericordiae University Hospital, where she later died.

The woman is believed to have been shot in the chest.

The woman was shot with a pistol in the back of her family home and gardaí suspect that she was shot accidentally by someone who had access to the firearm. according to RTÉ News.

Investigating offices have recovered a firearm from the scene and have sent it for ballistic tests to establish whether it was the gun the woman was killed with.

A number of people are believed to have been in the family home at the time of the fatal shooting and gardaí are currently attempting to track some of them down.

The Garda Technical Bureau has also sealed off the woman's family home for a forensic examination.

No arrests have been made and gardaí say they will wait for the results of the woman's postmortem before deciding whether the investigation will be a murder inquiry.

Anyone with information related to the shooting is urged to contact Finglas Garda Station on 01-6667500, the Garda Confidential Line on 1800 666 111, or any garda station.

Gardaí are additionally seeking any CCTV, mobile, or dashcam footage from the local area. Officers will also be carrying out house-to-house calls throughout the day on Sunday.