Mary McCann, a 35-year-old mother-of-four living in Derby in the East Midlands, pleaded guilty to two counts of causing death by careless driving whilst driving under the influence of alcohol at Aylesbury Crown Court. 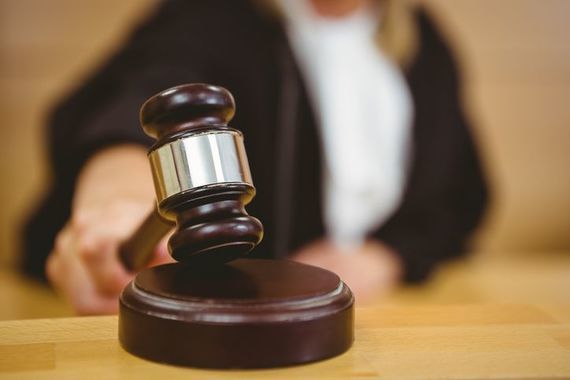 An Irish woman in England has pleaded guilty to causing the deaths of her two children while she driving under the influence of alcohol.

Mary McCann, a 35-year-old mother-of-four living in Derby in the East Midlands, pleaded guilty to two counts of causing death by careless driving whilst driving under the influence of alcohol at Aylesbury Crown Court on Wednesday, February 16.

McCann's four-year-old daughter Lily and her 10-year-old son Smaller Peter suffered fatal injuries when she collided with a white Scania HGV on August 9, 2021, which was also Smaller's 10th birthday.

A two-year-old girl also suffered non-fatal injuries during the collision, while the lorry driver also escaped without serious injuries.

McCann was arrested after she handed herself into the police and was released on bail, but she was remanded in custody again when she failed to appear in court in September.

Judge Francis Sheridan issued a warrant for her arrest and asked the UK Border Force to place alerts at all ports and airports to prevent her from leaving the UK, according to a report in the Irish Post.

Speaking on Wednesday, Sheridan said it was likely that McCann would try to abscond to Ireland.

He also said he pitied the first responders who rushed to the scene last August.

"Who would want to be a member of the roads policing unit having to attend scenes like this? I don't know how they do it," Sheridan said at the Aylesbury Crown Court.

Investigating officer, Sergeant Dominic Mahon, of the Serious Collision Investigation Unit at Bicester addressed the court on Wednesday and described the deaths of the two children as a "tragic incident".

"My thoughts remain with their family at this incredibly difficult time. Thankfully they will not have to go through the ordeal of a trial due to McCann’s guilty pleas today," Mahon said.

McCann is due to return to Aylesbury Crown Court for sentencing on April 25.

Her defense barrister has asked for the sentencing hearing to be delayed to give time for a psychiatric report to be prepared.