David Walsh had five pending charges for assault in Ireland before he fled Down Under. 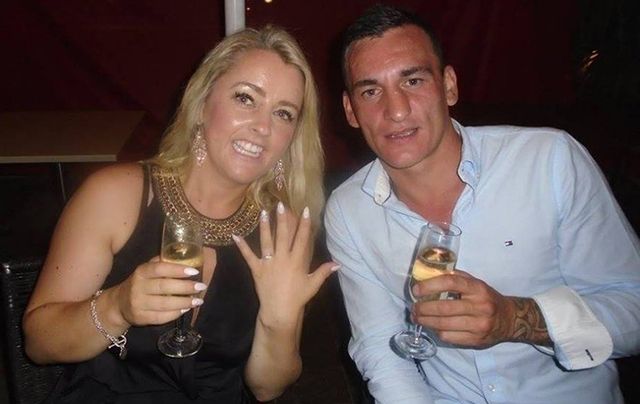 Cathrina Cahill stands accused of murdering her fiancee David Walsh. The couple from Wexford were engaged at New Year's and lived in Sydney, Australia.

Wexford man David Walsh, who was allegedly murdered by his fiancee last weekend in Sydney, Australia, was also wanted by Gardaí (Irish police), according to the Irish Mirror. The 29-year-old fled Ireland for Australia in 2013 after being charged with assault five times.

A court-issued warrant for his arrest was made on July 10, 2013, after he failed to make an appearance at his trial in Enniscorthy, Co Wexford. He was also alleged to have assaulted three gardaí that New Year’s Day outside his local police station.

The day prior to his trial Walsh was charged again with assault after an alleged brawl in a fast food restaurant.

It is believed the Wexford man then fled the country believing he could spend years in jail if convicted.

The father-of-three got engaged to Irish woman Tina Cahill, 25, who is now charged with his murder.  A 36-year-old man was also arrested but released without charge.

Walsh was found dying on a footpath near his home in southwest Sydney having been stabbed in the neck. Paramedics were unable to revive him.

Johnny Mythen – a family friend and Wexford county councilor – told the Irish Daily Mirror, “I would have known the chaps. They are a very big family. Hard working people, Johnners is a self-employed builder, all of those chaps worked with their father from the ages of 12, 13, 14.

“They would have been roofing, carrying slates up roofs,” he continued.

“Nothing came easy to that family. They had to work very hard for everything. They could turn their hands to anything. They’d be gifted that way.”

Cahill was reported as being too distressed to appear in court on Sunday morning. She was denied bail and remains in custody. She, too, grew up in Wexford and is said to have come from a well-respected local family.

Shock at news that Tina Cahill charged with murder of David Walsh.Tina's father reveals the family first heard of the murder charge on radio pic.twitter.com/iveCj5n95h

“The Cahills are the finest people you could meet,” a neighbor told the Irish Independent. “No one can understand one bit of this. Tina was a good student at school and, I understand, very successful at whatever she worked at. There's total shock here."

Read more: Wexford woman accused of murder in Sydney too distressed for court