Wexford woman accused of murder in Sydney too distressed for court 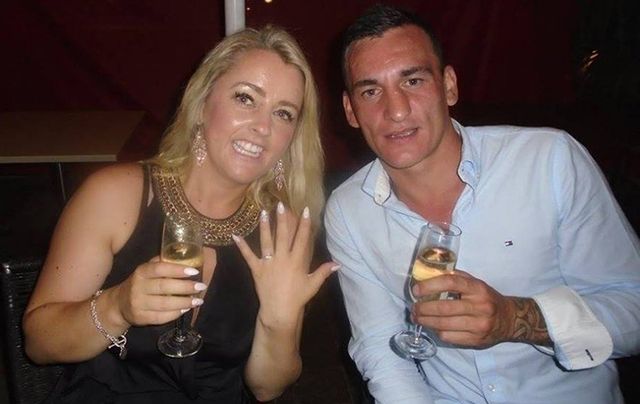 Cathrina Cahill accused of murdering David Walsh. The couple from Wexford were engaged at New Years.

The Wexford woman accused of murdering her fiancé, David Walsh (29) also from Wexford, is to appear in court in Sydney on Wednesday.

Cathrina Cahill (25), from New Ross, County Wexford, is accused of stabbing her fiancé to death, at his home in the early hours of Saturday morning. Walsh, from Enniscorthy, the father of three girls, was pronounced dead by paramedics at their home on Watson Road in Padstow, south-west of Sydney.

Cahill was due to appear in court, in Parramatta, around 23km west of Sydney, on Monday morning at 9.30am local time. The Sydney Morning Herald reported that Cahill did not appear at the bail court and chose not to appear by video link. According to the Independent.ie her lawyer said she was too distressed to do so.

She will now remain in court before appearing before Burwood local court this week.

Cahill was charged with murder while police continue to question another man, a 35-year-old local.

Local reports state that a “fracas” broke out at the couple’s home on Friday night. Walsh was at home with Cahill and two other women when the local man arrived at the house. A row ensued and during this row Walsh was stabbed in the neck and died of his wounds. It’s no clear what the weapon used was. It is believed that those involved were intoxicated.

According to reports the two women lived in the same house as Cahill and Walsh and they had invited the local man back to the house after a night of socializing.

Police and an ambulance arrived just before midnight on Friday night and were greeted with “screaming and wailing”.

Detective Inspector Glen Fitzgerald told ABC news the victim had been in the house, possibly asleep, when the three women and man arrived and a fight broke out.

He said "Four of them seem to live at this address. One of the males was at an establishment with them earlier in the day.”

The town of Enniscorthy is reeling after the news of the 29-year-old construction worker’s death. Local independent Councillor John O'Rourke, a friend of the Walsh family, said the deceased had moved to Australia following the break-up of his marriage in 2016. He met Cahill and they got engaged at New Year’s.

The community has been gathering around the Walsh family home in Moran Park in Enniscorthy as arrangements began for the return of Walsh's body.

O'Rourke said “David really was a gentleman like his father, always ready to give a hand and he often did work for people who were in need. I asked him a couple of times if he could do a bit of plastering for people who were living in poor conditions and he was only too happy to volunteer. He really was one of those great decent guys who are important in a community. His loss will be felt greatly here."

Cahill’s family are also well known and respected in New Ross. She grew up over the family-owned shop near the Three Bullets Gate in the old town. A neighbor told the Indepdent.ie “The Cahills are the finest people you could meet. No one can understand one bit of this. Tina was a good student at school and, I understand, very successful at whatever she worked at. There's total shock here."

The next court hear in this case is expected on Wednesday.