Waterford man to be sentenced for funding ISIS

Waterford man Hassan Bal is set to be sentenced in the Waterford Circuit Court for funding of the Islamic State. His sentencing date is currently set for June 28, which is when a report is also due to be released regarding his radicalization. 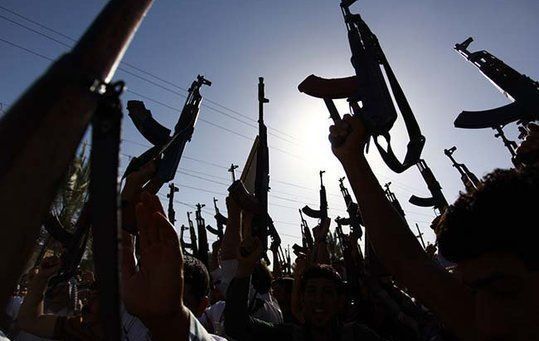 A British-born man living in Waterford for the past decade has pleaded guilty to charges of receiving or sending money intended for terrorist group Islamic State. iStock

26-year-old Hassan Bal of Waterford is set to be sentenced for funding the Islamic State following his guilty plea in relation to two terrorist-related crimes in January of last year.

He appeared in the Waterford Circuit Court on Wednesday and according to The Irish Times, the sentencing will take place on June 28.

The charges put against Bal accuse the defendant of having breached Section 13 of the Irish Criminal Justice Act of 2005, which entails that he can potentially receive the maximum sentence of 20 years in prison.

It was determined that Bal had intentionally provided $467 (€400) through An Post and Western Union to a man named Stevo Maksimovic in Bosnia on October 2, 2015. Bal had done so with the knowledge that the funds would be subsequently distributed to the Islamic State.

Man to be sentenced next month for funding Islamic State (Irish Times)https://t.co/xahqD2V1Gv

A German de-radicalization expert, Dr. Daniel Koelher, had consulted Bal’s lawyers in January regarding the preparation of a report for the defense as to why he had become radicalized in the first place. Furthermore, the report is seeking to shed light on whether or not he had improved and de-radicalized since the illegal funding in 2015.

Bal is originally from the UK, but moved to Ireland, specifically Wexford, when aged 12, but ended up settling in Waterford in 2007. Bal is now an Irish citizen.

The judge for the case is Eugene O’Kelly, who stated that the report will be supported by the government as well.

Prosecuting Bal, Noel Whelan BL (barrister), stated that he is expecting to receive the report on the 28th and is “confident” that it will arrive by then.