Want to watch the Pope in Ireland? Here’s how you can watch and listen for free

Host broadcaster RTÉ will be providing free, comprehensive coverage of the Pope's visit to Ireland this weekend 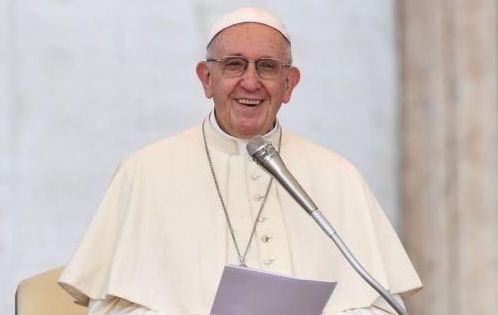 Eyes all around the world will be on Pope Francis this weekend as he makes his first visit to Ireland in nearly 40 years.

As the official broadcaster for the events, RTÉ will provide live coverage from Ireland which will be free to Irish, European and international broadcasters.

All live event coverage broadcast on RTÉ One and RTÉ2 will be simulcast and available to view worldwide live on RTÉ News Now, RTÉ Player and RTÉ.ie.

Below is the schedule of coverage that RTÉ will be covering this weekend.

Read More: Recalling the 1879 Knock apparition of the Virgin Mary ahead of Pope Francis's visit

Including RTÉ One O'Clock News

Siún Nic Gearailt presents the day's news live from Knock on the eve of Pope Francis' visit to the region, with reports from Croke Park, Dublin City and reaction from around the country.

Mary Kennedy hosts RTÉ’s live coverage from Croke Park as families from all over the world convene to witness a celebration featuring artists Daniel O’ Donnell, Nathan Carter, Andrea Boccelli, Paddy Moloney, the Riverdance Troupe and The Priests. Mary will be joined in studio by Norah Casey, Sister Stanislaus Kennedy, Francis Brennan, Oliver Callan, to set the scene for the night’s Festival of Families – a spectacular Catholic celebration of all things family, in the presence of Pope Francis, with commentary by Marty Whelan and special reporters Blathnaid Ní Chofaigh and Nuala Carey.

Eileen Dunne and Caitríona Perry present live coverage of Pope Francis’ visit to Knock. The Pope is due to arrive at the Knock Shrine at 9.45am, circuit the area in the pope mobile and pray the Angelus at the Apparition Chapel before departing from Knock Shrine at 11.15am.

Live coverage of the Papal Mass in the Phoenix Park in Dublin. Presented by Bryan Dobson, Aine Lawlor and Fr Dermod McCarthy.

Siún Nic Gearailt presents the day's news live from Knock as Pope Francis visited the region, with reports from the Phoenix Park, Dublin City and reaction from around the country.

The Six One News co-presented by Keelin Shanley live at the Phoenix Park and Caitríona Perry in studio which will include live coverage as Pope Francis departs Dublin Airport for Rome.

10:35pm - The Francis Effect – A Would You Believe? Special on RTÉ One

As Pope Francis returns to Rome after his two-day visit to Ireland, Joe Duffy hosts a live studio discussion, asking what long-term impact the papal visit is likely to have, if any, on Ireland, the family and the Catholic Church, here and abroad. Joe is joined by leading Church figures and an invited audience of contributing guests, representing a broad spectrum of opinions, beliefs and life experience.

Will you be tuning in to watch Pope Francis in Ireland?