Vulture funds and a coming "tsunami" of Irish evictions

40,000 people in Ireland set to lose their homes, due to inability to pay their debts to banks and foreign vulture funds. 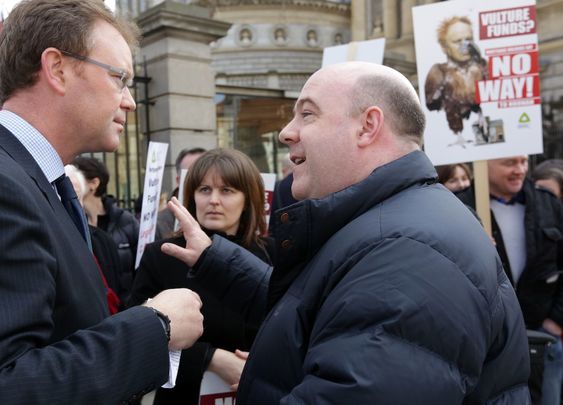 Expert believes 40,000 distressed mortgage holders could be evicted, unable to pay back banks and vulture funds,  as Ireland's current homeless crisis could turn into a catastrophe.

A leading campaigner on behalf of distressed mortgage holders in Ireland has warned that up to 40,000 people are set to lose their homes because of their inability to pay their debts to banks and foreign vulture funds.

David Hall of the Irish Mortgage Holders Organisation (IMHO) warned IrishCentral on Monday night that a potential “tsunami of evictions”, which is under-reported in the Irish media, has the potential to turn Ireland’s current homelessness crisis into a catastrophe.

He has dismissed a new agreement between the State-backed Money and Advice and Budgeting Service (MABS) and the Banking and Payments Federation, to help people deal with so-called vulture funds, as offering nothing new to distressed mortgage holders.

Vulture funds, private equity firms and pension funds which buy up distressed loans at heavily discounted prices, have invested heavily in the Irish market since many property owners went bankrupt in the financial crisis of a decade ago.

The loans are eventually sold on for profit. Hall pointed out on Monday that the vulture firms have no long-term interest in the welfare of Irish mortgage-holders or in addressing Ireland’s acute homelessness crisis.

There are currently more than 10,200 homeless people in Ireland, according to the Department of Housing, Planning and Local Government, but Hall believes this figure will increase substantially as so many people are unable to pay their mortgages. 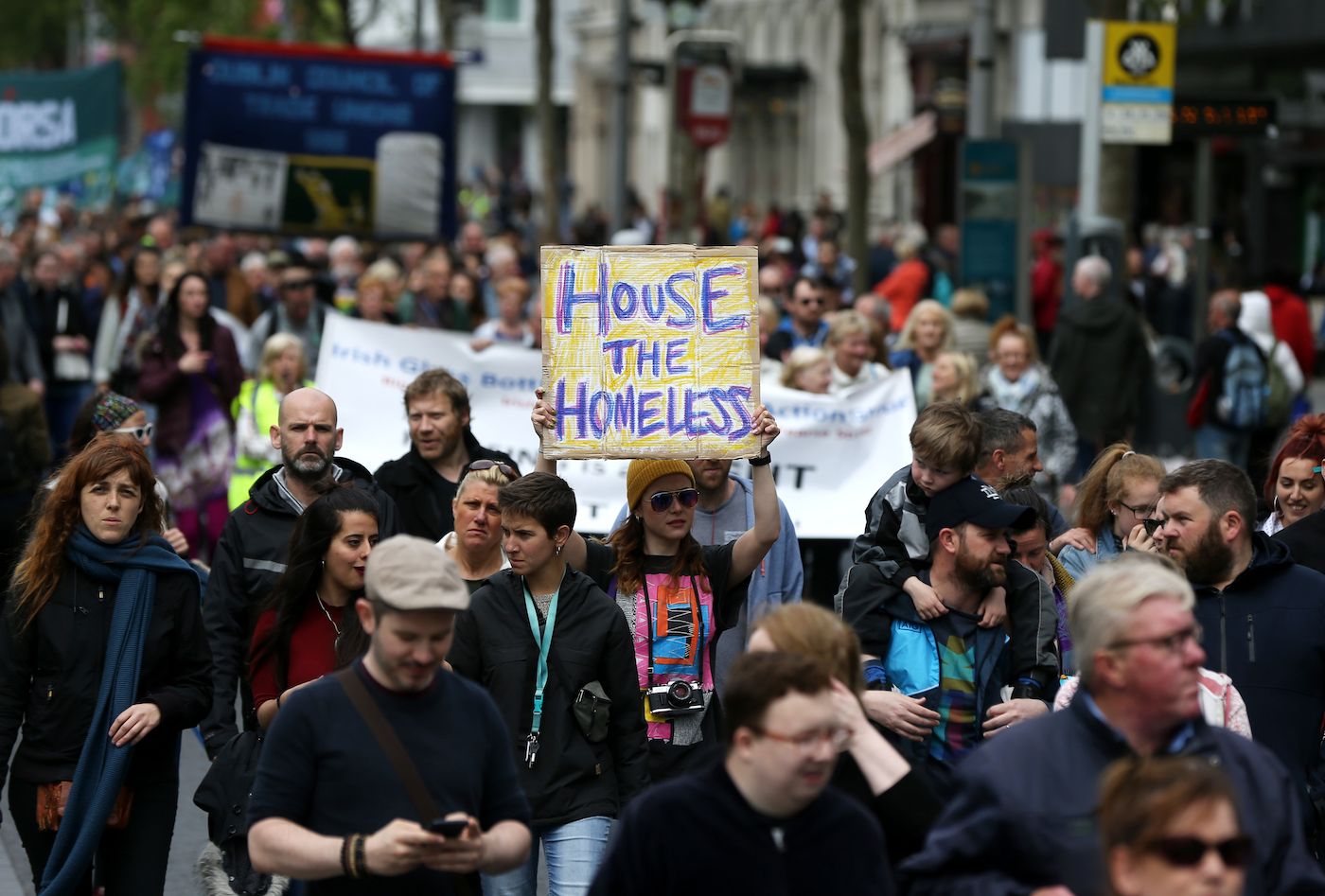 House the Homeless: A rally in Dublin protesting the homeless crisis.

Tsunami of evictions in Ireland

Vulture funds have shown a huge interest in distressed Irish loan books in recent years, taking advantage of discounts offered by banks that are anxious to get bad debts off their books, and they are expected to acquire another €9 billion before the end of this year.

“More than 40,000 citizens are in crisis and we are facing a potential tsunami of evictions,” Hall told IrishCentral. “You can call it what you want. I call it an injustice that each bank in this State has a number of people who the bank cannot help. These people will lose their homes. 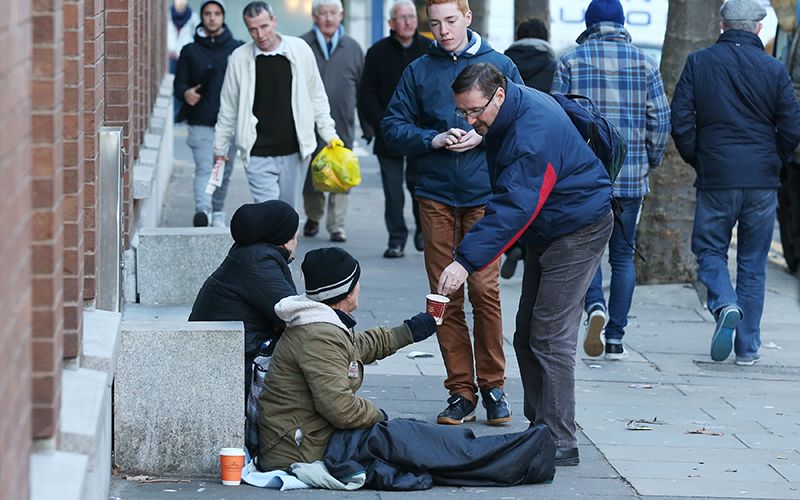 Over 10,000 people in Ireland are now homeless.

Banks are happy to deal with vulture funds, as they allow them to clear non-performing loans off their books. Vulture funds buy the properties with the intention of taking charge of the assets and some high-profile evictions have raised awareness of the issue in recent years.

Hall believes that the Government is using delaying tactics, such as a moratorium on repossessions because there is no long-term solution in sight. The Irish banks are happy to outsource problem loans to the vultures.

“I don’t like the word ‘tsunami’. I have had a good bashing for being the boy who cried wolf on this issue. Unfortunately, the truth hurts. The banks know there are a significant number of people who cannot pay their mortgages, even if they stay with the mainstream banks, and who can really tell me the vulture funds are as friendly as banks?

“An injustice is being done by people who call me a scaremonger. This debt crisis has changed to a housing crisis. People used to contact the IMHO because they were in debt with the banks, now they are worried they will have nowhere to live,” added Hall.

In some cases, Irish home-owners have not even been aware the banks had sold their mortgages to vulture funds.

Earlier this year, the UN special rapporteur on the right to housing, Leilani Farha, criticized the Irish Government for “preferential tax laws” and “weak tenant protections”. 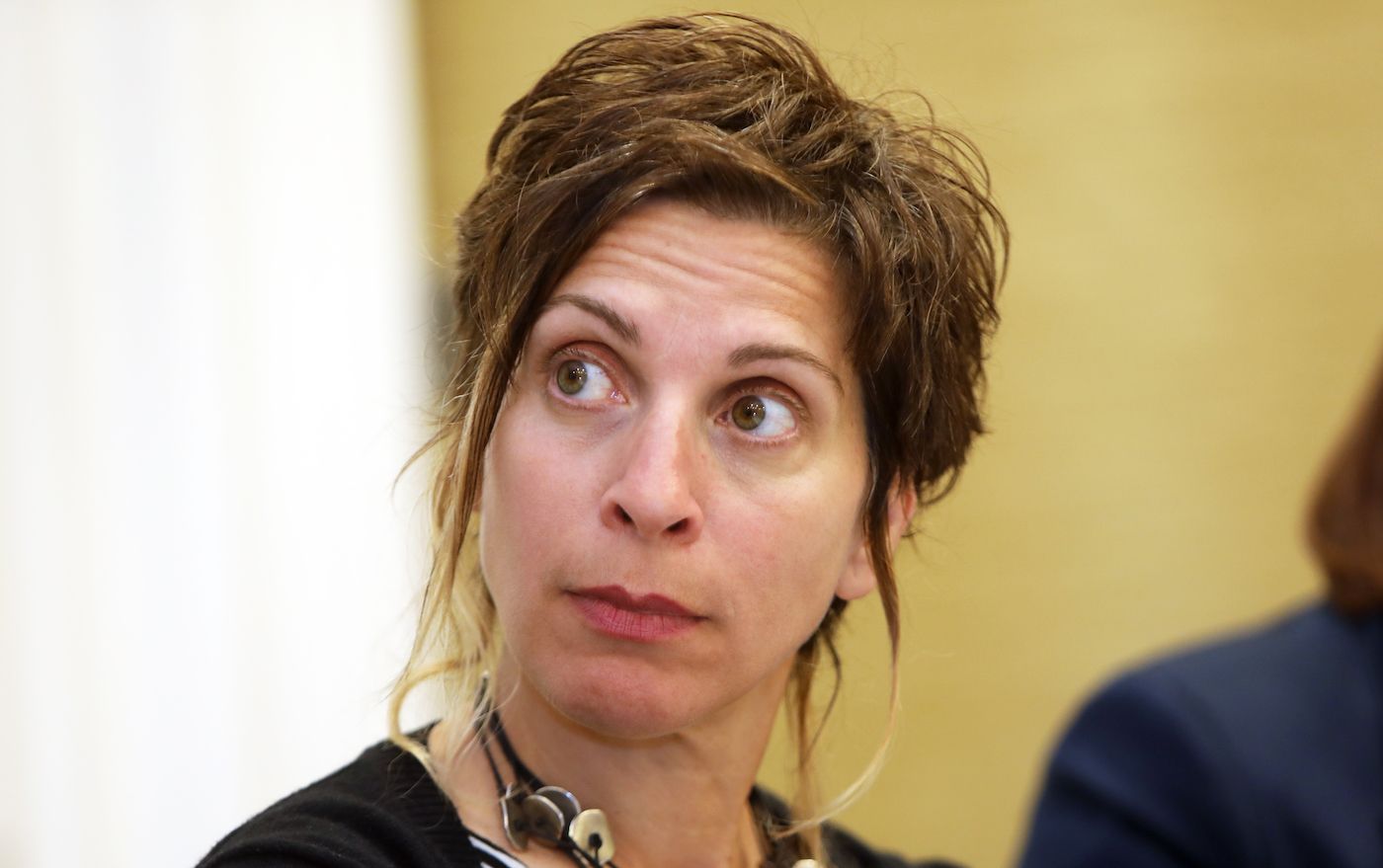 UN special rapporteur on the right to housing, Leilani Farha.

The report criticized the Irish Government for the ease with which the vulture funds were able to buy up Irish properties, leading to spiraling rents and a deepening housing crisis.

Yet Hall pointed out that the Irish Government “rolled out the red carpet” to the vulture funds after the financial crisis and that the Department of Finance had 65 meetings with vulture funds in 2013 and 2014.

“If the discounts offered to the vulture funds in buying the underperforming loans were offered to the customers, many of them would have been able to pay their mortgages,” Hall told Irish Central.

“Instead, they were offered to tax-protected vulture funds from outside the State, with no interest in solving the Irish housing crisis. Vultures cannot pay what they are paying for these Irish loans with the intent of restructuring. Their only aim is to suck their customers dry of cash before gaining their assets over time.”

He said that the thousands of families “squatting in houses” they can never afford to pay off were “preventing a catastrophe” as they would be out on the streets otherwise.

Profiting from the people

Some of the biggest landlords in Ireland are now multinational private equity and asset management firms.

They include Cerebus, a US-owned private equity firm who bought a large portfolio of distressed properties from Ulster Bank; and investment bank Goldman Sachs, whose main vulture funds include Ennis Property Finance, Liffey Acquisitions, and Beltany Property Finance, who, between them, have collected €1 billion from Irish borrowers in the past two years.

Anglo Irish Bank was one of the most notorious victims of the collapse in Irish banking. Nationalized in 2009, it had been badly affected by the downturn in the Irish property market, as most of its loan book belonged to builders and property developers, who had over-extended themselves in the “boom”.

While a new agreement to help consumers to resolve disputes with vulture funds was announced last week, Hall said it did not offer any long-term solutions to families who simply cannot afford to pay their home loans.

He questioned why special measures had to be brought in to help distressed mortgage holders deal with these vulture funds when the Irish Government claimed they offered the same protections as the main Irish banks.

Hall described the timing of the agreement as “curious” as the Central Bank is currently in the process of looking at the solutions being provided by vulture funds.

However, Bobby Barbour, Communications Manager of Abhaile at the Citizens Information Board said there were supports available for distressed mortgage holders. Abhaile, a State agency, provides free financial and legal advice to people with long-term mortgage areas.

He said the new agreement is good news for people in arrears.

“The so-called vulture funds are quite new to the market,” he told IrishCentral.

“The framework was there already when it came to MABS advisers achieving arrangements with domestic lenders in the country. This framework has been enhanced so that it includes so-called vulture funds now as well.”

Up to now, the banks have been taking people to the repossession courts. There has been an adjournment after adjournment in some cases, which can take a while, and the banks are selling these mortgages on to the vulture funds. This agreement helps to create a better way of working.”

For readers in Ireland with distressed mortgages, the MABS helpline is at 0761072000.

* Ciaran Tierney is the Irish Current Affairs and Politics Blogger of the Year. Find him on Facebook or Twitter here. Visit his website here - CiaranTierney.com. A former newspaper journalist, he is seeking new opportunities in a digital world.