Victim abused by top Irish sportswriter has her say in court

His attorney said his client had twice tried to commit suicide and had also declined treatment for depression as he did not want to feel happier about himself. 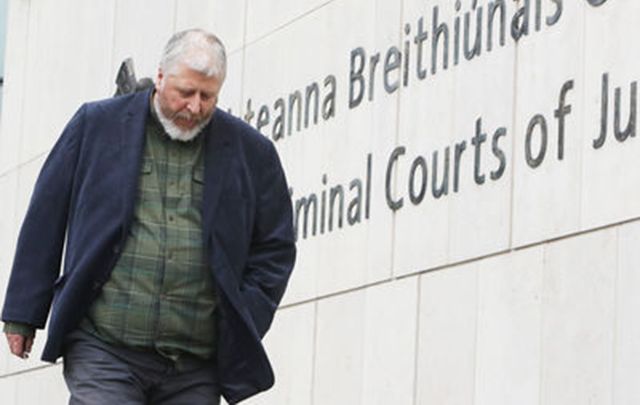 A woman abused as a teenager by a former Irish Times sports journalist has spoken of her anger at the way he treated her.

54-year-old Tom Humphries pleaded guilty to a string of sex crimes in March this year – including sexually engaging with and exploiting a minor under the age of 17. Yesterday, Judge Karen O’Connor adjourned sentencing for a month, but at his own request Humphries was remanded in custody – beginning a life in jail that will likely last many years.

Read More: Top Irish sportswriter to be sentenced for sexual exploitation of a child

The statement was divided into many parts. Under the heading “Shame” she wrote, “Feeling ashamed of the fact that I let somebody do this to me and that I allowed him to manipulate and have control over me.

"I went through stages of being physically sick, leading to a loss of school time and education time, thus affecting my learning capabilities.

“I lost my trust in men. The loss of my childhood came with the ordeal of having to deal with the police, counselors, solicitors and social workers.

“I had to deal with sexual encounters at such a young age with a man three times my age, which made me physically, emotionally and mentally ill.

“I had to make countless statements for the police. This was extremely draining mentally and emotionally.

“I had to go through counseling for a year and a half, which caused me to relive the whole ordeal all over again.

“Being classed as a victim has led to self doubt, a lack of confidence and hatred towards myself.”

She continued under the heading “Life Changes,”

“I was unable to continue playing camogie due to mental and physical health issues caused by this experience.

“This led to a loss of friends, a loss of passion and a loss of a lifestyle.

“I lost out on college exams, trips, holidays and experiences with family and friends.

“I had to take time off from school, college and work to accommodate all the court cases I had to attend. These court cases were dragged out over several years.

“This whole ordeal has left me with permanent flashbacks and severe panic attacks. It has led me to mentally block out all of the abuse, both sexual and mental. This has resulted in me blocking out my childhood memories that I had from the ages 14 to 18.

“I suffer with depression. That not only hits me in waves but sticks with me always.

“It is a constant battle I have to fight in order to get on with my day-to-day life. I have been suicidal because of all that has happened.

“I have never felt as low and as small about myself until this happened to me. For years it has ruined my life.

“I have never felt so angry and physically sick with myself and it seemed like I was never going to get back to my normal life.”

She concluded with a message of thanks to the Humphries family, who reported her abuser after discovering their messages.

“I would like to sincerely thank the family of Tom Humphries. Without them reporting this I do not know where I would be today.

“I will be forever grateful to them for saving me from this situation. I hope and pray that you can all get past this and somehow live a normal healthy life.”

Humphries’ attorney said his client felt true remorse for his actions, twice he had tried to commit suicide and has also declined treatment for depression as he did not want to feel happier about himself.

His former employers at the Irish Times issued a statement:

"In March 2011, the company was advised of serious allegations against the journalist and the commencement of a criminal investigation by the Garda. He has not written for The Irish Times since then."He was suspended from employment by The Irish Times on March 31st, 2014 when he was formally charged with criminal offenses."His employment was terminated with immediate effect on March 8th, 2017 after he had pleaded guilty to charges at Dublin Circuit Criminal Court."The company said the disclosure that Humphries was the subject of serious allegations and of a criminal investigation was a source of shock and distress to his colleagues.

“This matter has been treated with the utmost seriousness throughout. The Irish Times, in its response, has been guided by the provisions of employment legislation and the requirement to allow the criminal justice system to proceed without interference. The company fully co-operated with the Garda at all times during its investigations.”