Trump’s second in command posed for a photo with US troops and had a look around the shops with his wife. 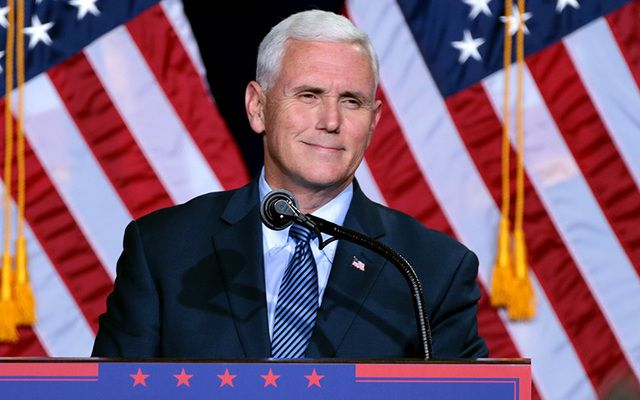 Vice President Mike Pence and his wife, Second Lady Karen Pence, made a flying visit to the Emerald Isle on Wednesday.

Air Force Two, fresh from a three day tour of the Middle East, landed at Shannon Airport to refuel, allowing the Pences and staff time to stretch their legs and see a bit of Shannon Airport.

According to reports the pair browsed the duty free shops and stopped to chat and take pictures with US soldiers who were making a similar stop over.

Vice President Pence is a proud Irish American whose grandfather emigrated to the United States in 1923.

“We were especially close,” Pence said of Richard Michael Cawley.

After his grandfather passed away Pence traveled to Ireland in 1981 in what was described as an “emotional visit”.

After his election Pence received an invite to come again from then-Taoiseach (Prime Minister) Enda Kenny.

No plans have yet been made but with his strong connection to Ireland few would be surprised if the Vice President were to make a more lengthy visit to the land of his ancestors.