Venomous spider bites on the rise in Ireland, study says 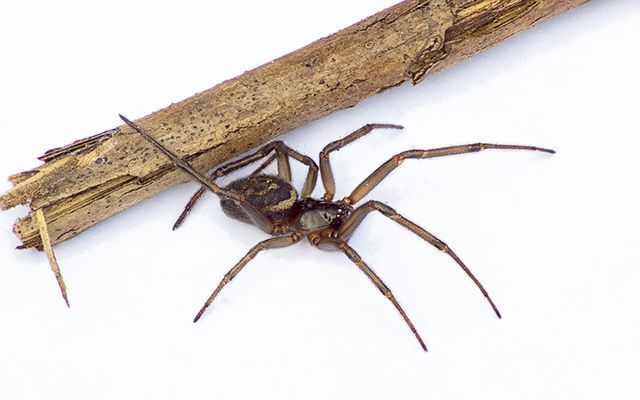 The Noble False Widow is one of the most common spiders in some Irish urban settings. iStock

A new report has found that venomous spider bites are on the rise in Ireland, with some victims requiring hospital treatment.

Scientists at NUI Galway have spent years examining the Noble False Widow spider and have reported that venomous bites have recently become more prevalent around the world.

The species originated in the Canary Islands and Madeira and made its way to Ireland and other parts of the world in freight containers more than 20 years ago. It has now spread to all parts of the country and is one of the most common spiders in some urban areas in both the United Kingdom and Ireland.

The Noble False Widow can deliver a venomous bite capable of causing swelling and intense pain for a few days, while some victims have experienced tremors, nausea, or reduced or elevated blood pressure. In some cases, the spider can cause persistent stiffness in limbs and hospitalizations.

In rare instances, victims developed minor wounds at the bite site or had to be treated for severe bacterial infections.

The scientists published their research in the medical journal Clinical Toxicology and stated that some bite victims will experience symptoms similar to the true Black Widow spider.

The Noble False Widow spider was first detected in Britain more than 140 years ago but only began significantly increasing its population numbers around the world in the last two decades.

Scientists say that a new genetic mutation within the spider has made it more adaptable to new environments, while the spider has also benefitted from an increasingly globalized economy.

Dr. Michael Dugon, the head of the Venom Systems Laboratory at NUIG and a senior author of the report, said that the species is here to stay in Ireland and that people must learn to live with it.

Dugon told RTÉ's Morning Ireland that people can capture the spider and throw it out of their homes. He also said that most bites occur when people are sleeping or when they are putting clothes on in the morning.

Dugon encouraged people to shake out their clothes before putting them on if they lived in an area with a sizeable Noble False Widow population.

He also said that the prevalence of the species in Ireland was frightening from an ecological and health point of view.

A team of scientists at NUIG has established a DNA database to allow doctors dealing with spider bites to confirm the species' identity using genetic analysis.

Dr. John Dunbar, a postdoctoral researcher at NUIG and lead author of the study, encouraged bite victims to take a photograph of the spider immediately after they were bitten to help identify the spider responsible for the bite.

He told the Journal.ie that there will "undoubtedly" be an increase in the number of bites as the Noble False Widow continues to expand in population size.

"While most cases will have a mild outcome, we need to continue to closely monitor bites by the noble false widow to understand the potential range of symptoms and to treat severe cases when they occur," Dunbar said.