Vatican admits guidelines are in place for priests who father children

The Vatican has confirmed that there are guidelines in place for priests who have broken their celibacy vows and fathered children. 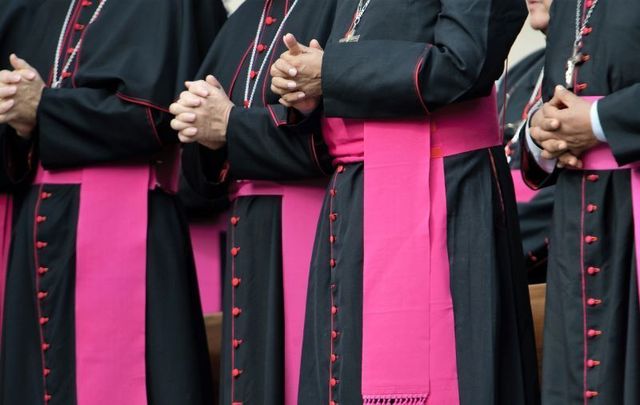 The Vatican confirmed this week that guidelines exist for priests who have broken their vows of celibacy and fathered children.

Read More: Children of priests are coming out with their stories

Alessandro Gisotti, a spokesman for the Vatican, confirmed to The New York Times the existence of "a document for internal use, which summarizes the practice formed over the years in the Congregation and is not intended for publication."

Gisotti added: "the fundamental principle behind these lines is the protection of the child.”

“For this reason, the document ordinarily requires that the priest present a request for dispensation from the duties of the clerical state and, as a layman, assume his responsibilities as a parent by devoting himself exclusively" to their child.

In 2017, the Irish Catholic Church published its guidelines after persuasion from Vincent Doyle, an Irishman who learned that his late godfather, a priest, was actually his father.

The Irish guidelines, which Doyle helped create, say if "a priest fathers a child, the well-being of his child should be his first consideration," and the priest should "face up to his responsibilities -- personal, legal, moral and financial."

Doyle, who created Coping International, an online support and resource group for people who were fathered by priests, says the confirmation of the Vatican’s secret guidelines "is an acknowledgment of a global problem” and calls upon “The Congregation for Clergy (Vatican office) to release them without delay."

Doyle says it's hard to estimate just how many children there may be who have priests as fathers, but believes it will be the next scandal to hit the Catholic Church.

“There are kids everywhere," says Doyle.