Irish students working abroad in Vancouver, Canada, for the summer are getting a reputation for rowdiness, and their bad behavior is causing tensions in the Irish community. 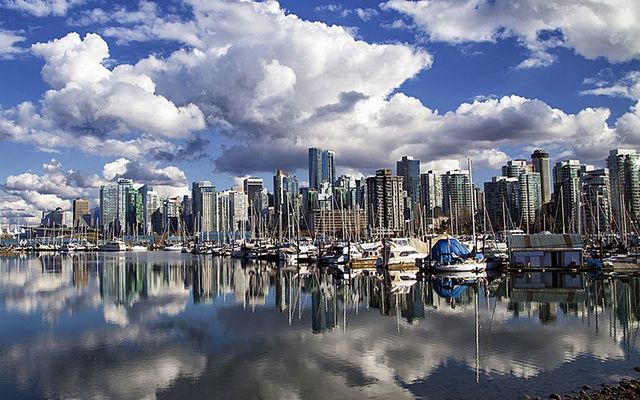 Irish students working abroad for the summer in Vancouver, Canada, are getting a reputation for rowdiness, and their bad behavior is causing tensions in the Irish community.

Some of the students have been accused of urinating on dance floors, fighting in bars, and leaving restaurants and rental properties without paying their bills, The Irish Times reports.

Tensions are rising between Irish people who have settled in the city and the recently-arrived students due to the alleged behavior.

Claims of the alleged rowdy behavior have appeared in recent posts on the Irish and New in Vancouver Facebook page, which has almost 20,000 followers.

“There’s a real concern amongst people living in Vancouver that it will end up like Australia, where the Irish have a terrible reputation and it became very difficult to secure visas as a result,” said one long-term Irish resident of the city, who wished to remain anonymous.

The Canadian city has become the destination of choice for young Irish seeking summer work abroad.

Students arrive in Canada on the International Experience Canada (IEC) visa, the same two-year-working permit as Irish citizens who wish to stay in the country long-term.

“We have noticed large numbers arriving in Vancouver in late spring both this year and last,” said Cathy Murphy, executive director of the Irish Canadian Immigration Centre.

“These are likely young people reinventing the IEC as a J1, rather than utilising the two years that the IEC allows. This is a new trend,” she added. 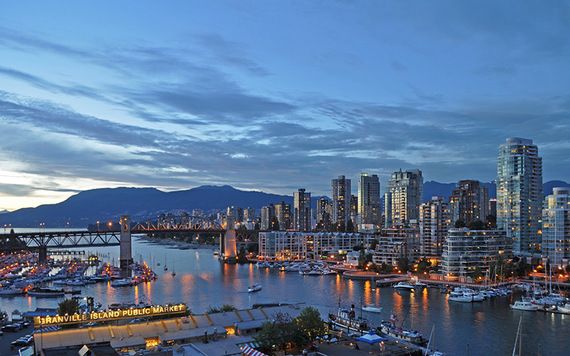 “That’s exactly what we’re doing,” said John Mullins, a 21-year-old from Clontarf in Dublin. “I’ve had the best summer of my life.”

“There’s about 60 of us over here and I live in a frat [fraternity] house with 13 other guys. The IEC is cheaper than the J1 and you don’t have to wait until you’re 21 to drink alcohol – the legal drinking age here is 19,” said Mullins, who worked in a lumber yard all summer and will soon return to Dublin to continue his studies in primary school teaching.

“Our employers wanted us to stay on because the Irish work really hard. I’m obviously one of the Irish students being tarred with the same brush as the troublemakers – they are in the minority. Most of the lads I’ve encountered in the frats are very chill and are just trying to get to know people.”

Colum Mulhall, 21, studies quantity surveying in Dublin. He has been living close to the University of British Columbia in the same house as Mullins.

“This is my first time living away from home and it’s good to get a bit of freedom and to experience working in construction. There was a bit of trouble with the neighbors but the Canadians are really nice – he came over and asked us to be quiet, so we did,” he said.

“There’s always stupid people who show up and cause trouble. That could happen anywhere – look at Harcourt Street [in Dublin] on a Saturday night.”

Rachael Collins, a 19-year-old from Naas, Co Kildare, said: “I have heard stories of the Irish being rowdy, however, no more rowdy than they would be in Dublin.

“The Canadian drink laws are much stricter, as you can be banned from a club for a year if you are kicked out for being too drunk – that’s something to be aware of if you are coming over in the future,” added Collins, who has been working as an administrative assistant and tennis coach in Canada.

Founder and CEO of online community Moving2Canada Ruairí Spillane, from Co Kerry, told the Irish Times that the settled Irish and the students need to show “mutual respect" and stop “mud-slinging” on social media.

Spillane, who has been a resident of Vancouver for over 10 years, said the Irish “are doing a spectacular job of integrating here” and said his clients want to hire Irish people. “That’s not going to change overnight or because of a few incidents.”

He admits to noticing a “big difference in attitudes” between the people arriving for the summer and those who moved to Canada for the long-term.

“The summer students are thinking: ‘Get in, get out, have the maximum amount of fun in three months’ time.’ Whereas, of the people coming here on a two-year visa, I would hazard a guess that 50 per cent of them want to become Canadians. That’s probably why you see the conflict on social media.”

Spillane’s message to the students is: “Be more thoughtful of the local laws. Canadians are very respectful and polite. You are in someone else’s house. Behaviour that upsets your hosts should not be tolerated, regardless of how much craic we are having.”

To his fellow long-term Irish residents, he says: “These are 19- to 21-year-olds we are dealing with .. . We need to realize that they need to be mentored. Let’s praise them a little bit more.

“I would be very annoyed if I was a young person coming here, being polite and spreading the good vibes, and being generalized as a ‘J1er’. Us longer-term residents needed to shake off generalizations when we first arrived and now we are casting judgment.”