Gardaí confirmed today that two male juveniles have each been charged for the attack at the Howth Junction DART Station platform in Dublin on April 1. 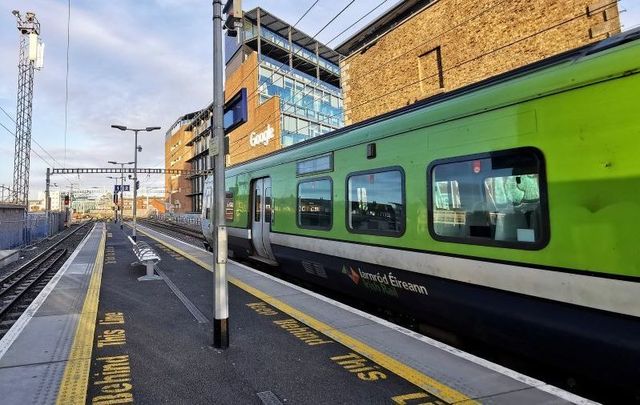 The male Dublin teens have both been released on bail following the incident that occurred on a DART platform in April.

An Garda Síochána said in a statement today, November 9: “Following directions from the Director of Public Prosecutions, Gardaí have charged two male juveniles who were previously arrested in relation to an incident that occurred at Howth Junction Dart Station on 1st April 2021.

“Both are due to appear before Dublin Children’s Court this morning, Tuesday 9th November 2021.”

According to The Irish Times, the two juveniles who were charged are aged 16 and 17 and are both from north Dublin. They cannot be named publicly as they are minors.

The 16-year-old is accused of assault causing harm and violent disorder by using or threatening to use violence with two others, causing another person to fear their safety.

The 17-year-old is accused of the violent disorder offense only.

The teens appeared separately before Judge Paul Kelly at Dublin Children's Court today, November 9. They have both been released on bail with certain conditions, including not contacting each other, nor the victim, nor a third party who has yet to be charged. The judge also ordered that they stay from all Irish Rail Dart stations.

In May, CCTV footage of the shocking attack at Howth Junction Dublin Area Rapid Transit (DART) station began to circulate online, though the incident occurred on April 1.

Irish Rail spokesperson Barry Kenny said after the attack: “As they [security guards] were ensuring access to a carriage for customers boarding, one member of the group removed caused a customer to be knocked between the train and platform.

“Security were liaising with the driver to ensure the train did not depart, and the customer was aided back to the platform and thankfully unhurt.

“Gardai were immediately alerted, and provided with CCTV to aid in identification of the culprits.

“We have had extensive operations established with gardai in recent weeks in this area, to assist us in both Covid measures and to address anti-social behaviour."

Gardai confirmed on May 13 that they were launching an investigation into the incident that left the female teen victim with minor injuries.