Paddy Jackson and Stuart Olding strenuously deny their involvement in the alleged assault in Belfast 2016. 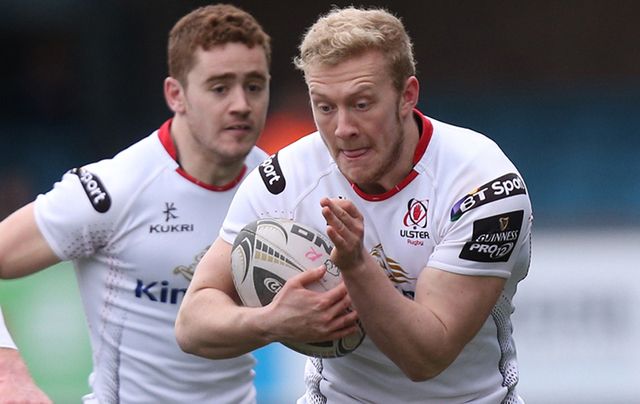 Two Irish rugby players, Paddy Jackson (25) and Stuart Olding (24), are to appear in court next month on charges of rape, charges which both sportsmen strenuously deny.

While both men are being prosecuted for rape, which allegedly took place on June 28, 2016 in south Belfast, Olding faces the additional charge of sexual assault. Another man involved in the case is accused of sexual offenses, while another faces counts of withholding information and perverting the course of justice.

Fly-half Jackson has been capped for Ireland 25 times. Olding, a center, has played for Ireland four times. The two Belfast men are established rugby stars in Ulster.

Both the Irish Rugby Football Union (IRFU) and Ulster Rugby have said they are taking the allegations “extremely seriously.” They have announced both players would be “relieved of their duties and obligations” until the court process had ended.

The joint statement read: "The IRFU and Ulster Rugby are aware that Paddy Jackson and Stuart Olding have been charged by the PSNI in relation to serious allegations made against them.

"The players have cooperated fully and strenuously deny the charges.

"The IRFU and Ulster Rugby take these allegations extremely seriously.

"To allow the players time to address this matter fully Ulster Rugby and the IRFU have agreed that they be relieved of their duties and obligations until the conclusion of this process.  Appropriate support structures will be put in place with them during this time.

"As this is a matter for the Public Prosecution Service it would be inappropriate to comment further."

The case will be tried in Northern Ireland. It is thought that both players will miss the entirety of the coming rugby season.

The rugby players were arrested in the summer of 2016 and released pending a report, submitted to Northern Ireland prosecutors. The Public Prosecutions Services (PPS) revealed that four men were interviewed in relation to the incident.

All four will be prosecuted. Their summonses were served on Monday (July 24).

Jackson’s solicitor, Kevin Winters, said they were disappointed at the decision to prosecute.

He said, “Our client rejects completely the allegations made against him and we are confident he will be exonerated in due course.

“We will push for as early a hearing as possible as Patrick wants to quickly resume playing his rugby for Ulster and representing his country.”

Olding’s solicitor, Joe Rice, said: “It is disappointing that, over a year since the original allegation was made, the PPS has now issued a decision to prosecute. My client has co-operated fully with the police investigation.”

A PPS spokesperson said: “Following a careful review of all of the available evidence, in accordance with our Code for Prosecutors, it has been decided that there is sufficient evidence to prosecute four individuals as follows:

“A second man is being prosecuted on two charges of rape, contrary to Article 5 (1) of the Sexual Offences (Northern Ireland) Order 2008.

“A third man is being prosecuted for an offense contrary to Article 70 of the Sexual Offences (Northern Ireland) Order 2008.

“A fourth man is being prosecuted for doing an act with intent to pervert the course of public justice contrary to Common Law and with withholding information contrary to Section 5 (1) of the Criminal Law Act (Northern Ireland) 1967.”