Janet Buchebner, 82, choked to death during a meal at Trump International Golf Links and Hotel in Doonbeg, Co Clare 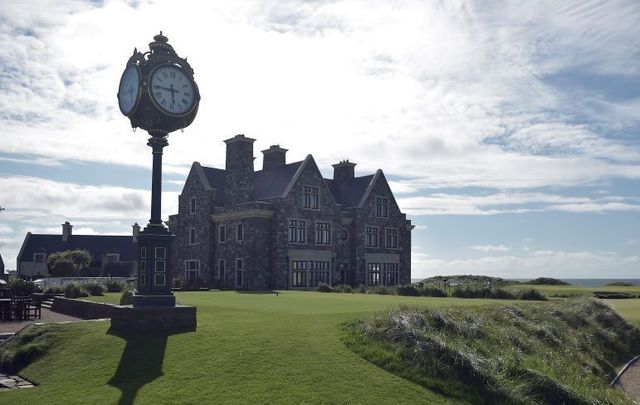 Janet Buchebner, 82, choked to death during a meal at Trump's Doonbeg resort in May. Getty Images

Janet Buchebner, 82, choked to death during a meal at Trump International Golf Links and Hotel in Doonbeg, Co Clare

American tourist Janet Buchebner choked to death during a meal with her daughter at Trump’s Doonbeg Resort in Co Clare on May 25, an inquest heard this week.

An inquest heard that Buchenber, 82, died as a result of a blocked larynx and esophagus, according to her post-mortem.

The Irish Times reports that Tony Pender, a local man, had been talking to Buchebner and her daughter when he said: “Call an ambulance - that woman is not well.”

“I noticed Janet was having difficulties. I knew by her face that she was in distress. She wasn’t coughing - she just leaned over,” Pender said during the inquest.

Jeannie McGee, Buchebner’s daughter, said during the inquest that her mother had a history of heart problems, and had been prescribed antibiotics 10 days earlier in their trip while in Co Cork. McGee said her mother had not been feeling well the day of the incident.

Dr. Peter Flynn, a general practitioner who was present in a nearby lounge at the time of the incident, was notified that a guest had collapsed in the dining room. Dr. Flynn said: “When I went to see her, the woman was unresponsive and had no pulse.”

During the inquest, Co Clare Coroner Isobel O’Dea said: “Everything that could have been done was done.”

“We were fortunate that there were three medics on hand and every possible assistance was given to Ms. Buchebner and by staff as well.”

An obituary for Buchebner said the 82-year-old was a native of Brooklyn, New York but had been living in Florida at the time of her death. She is survived by her husband, their four children, four grandchildren, and five great-grandchildren.

Her obituary said she was in Ireland as part of a “long dreamed trip to see her family’s heritage.”