Mike Pence's Doonbeg stay has raised some questions from the House oversight committee about President Trump's conflict of interests. 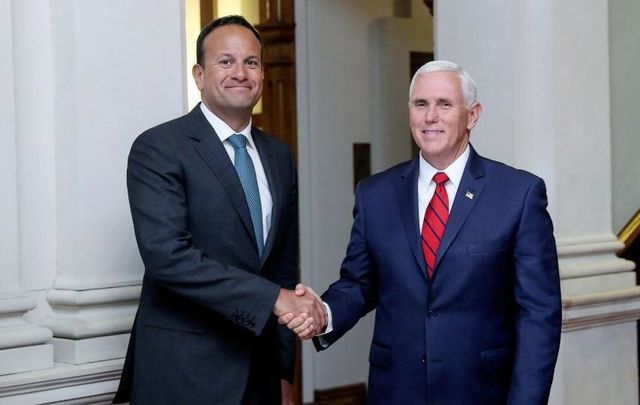 Mike Pence's Doonbeg stay has raised some questions from the House oversight committee about President Trump's conflict of interests.

President Donald Trump has denied having any involvement in the Vice President's stay at his Irish golf club last week. VP Mike Pence's Doonbeg stay caused a stir as Trump's conflicts of interest are questioned by the House oversight committee.

The US presidents are barred from using their office for private gain under the emoluments clause in the constitution. President Trump's potential abuse of his office to drive clientele toward his golf courses and resorts around the world, however, was questioned once again after VP Pence's chief of staff, the former White House aide Marc Short, claimed Trump had suggested Pence stay there during his Irish trip.

The Doonbeg resort is based some 180 miles away from Dublin, where Pence's official engagements, including a meeting with Irish Taoiseach (Prime Minister) Leo Varadkar, were taking place.

Short claimed that security concerns and Pence’s desire to visit the home of an ancestor contributed to the decision, as well as Trump's "suggestion."

I had nothing to do with the decision of our great @VP Mike Pence to stay overnight at one of the Trump owned resorts in Doonbeg, Ireland. Mike’s family has lived in Doonbeg for many years, and he thought that during his very busy European visit, he would stop and see his family!

“Mike’s family has lived in Doonbeg for many years, and he thought that during his very busy European visit, he would stop and see his family!” Trump added.

Pence's stay came as the House oversight committee investigates allegations of US military personnel being offered discount deals at Trump’s Ayrshire golf resort and whether the alleged offer epresents a violation of the US constitution. Trump denies having any knowledge of a military stay in the Scottish resort, tweeting that he "knew nothing" about official use of an airport near his course.

I know nothing about an Air Force plane landing at an airport (which I do not own and have nothing to do with) near Turnberry Resort (which I do own) in Scotland, and filling up with fuel, with the crew staying overnight at Turnberry (they have good taste!). NOTHING TO DO WITH ME

Do you think that VP Mike Pence should have stayed in Doonbeg? Have your say in our poll: