Over a quarter of adults aged 50+ are deficient in vitamin D, which is beneficial to muscle strength and other non-skeletal outcomes, according to researchers from Trinity College Dublin 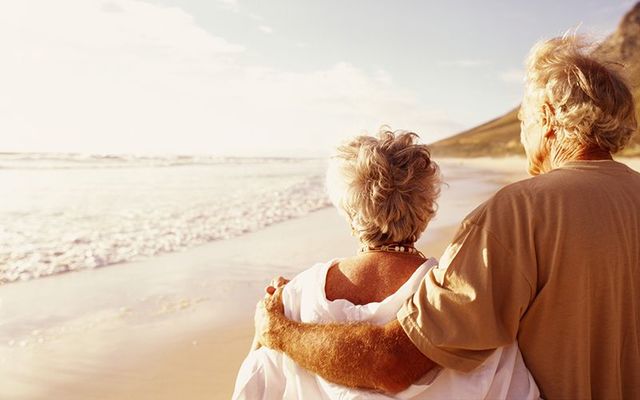 Let the sunshine in! Over half of adults over the age of 50 had inadequate serum vitamin D levels. Getty

Over a quarter of adults aged 50+ are deficient in vitamin D, which is beneficial to muscle strength and other non-skeletal outcomes, according to researchers from Trinity College Dublin

According to research carried out at Trinity College Dublin, in the heart of Dublin, over half (57%) of adults over the age of 50 had inadequate serum vitamin D levels, of which 26% were classed as vitamin D deficient.

Vitamin D has a known role in bone health, with growing evidence for beneficial effects on muscle strength and other non-skeletal outcomes. The study was recently published in the international, peer-reviewed journal Nutrients.

Associate Professor in Nutrition at Trinity College, Maria O’Sullivan commented ‘Our study identified factors associated with vitamin D deficiency, including being aged 80+ years, obesity and sedentary lifestyles; all of which are increasing traits in western populations. Furthermore, this is one of the few studies to highlight the importance of non-white ethnicity in vitamin D deficiency in a large study of aging. The findings are valuable in developing targeted strategies to eliminate vitamin D deficiency (at 30nmol/L) in older populations’.

First Author Dr Niamh Aspell, who conducted the study as part of her PhD at Trinity said: ‘Those who used a vitamin D supplement, were less likely to be vitamin D deficient as may be expected, but supplement use was low (4.4%) and, therefore, food fortification and other strategies need to be considered at policy level for older populations’.

Co-Author and Trinity Research Fellow Dr Eamon Laird, said: ‘The high rates of deficiency are similar to rates seen in other high latitude countries such as Ireland. However, other more northern countries such as Finland have implemented a successful vitamin D fortification policy which has all but eliminated deficiency in the population. Such a policy could easily be implemented in the UK and Ireland ’.

A better understanding of factors that contribute to vitamin D deficiency is needed to identify people most at-risk.

The findings were based on 6004 midlife and older adults, living at Northern latitudes (England, 50-55oN) derived from the English Longitudinal Study of Ageing (ELSA). Since UVB radiation (sunlight) is a known determinant of vitamin D status, this was investigated. Interestingly, residents in the South of England had a reduced risk of deficiency, compared with the North, even after adjustment for socioeconomic and other predictors of vitamin D status.

Read more: Our experience in the US mental health services and how I lost my husband