A Trinity College Dublin student has been accused of pouring bleach into his housemate's coffee machine. 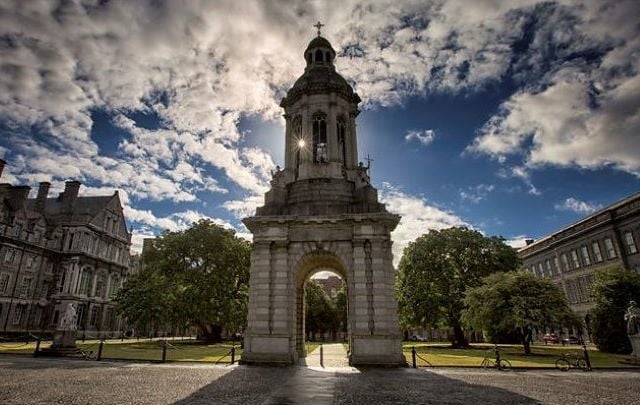 A student at Trinity College Dublin has been accused of attempting to poison a housemate. Ireland's Content Pool

A Trinity College Dublin student has been accused of attempting to poison his housemates.

DublinLive reports that officials at Trinity College in Dublin were contacted by a female student who said her male housemate poured bleach into a coffee machine in their shared house.

The house is not believed to be on Trinity College’s campus.

A source told DublinLive: “Trinity College authorities have been informed of the matter.”

“Gardai are not investigating at this time, they have not been called in by the college as yet.”

“This is a frightening incident and it is believed the alleged victims are trying to decide whether they want to make a statement or not.”

A source also said: “The suspect is alleged to have attempted to poison his housemates using bleach in a coffee machine.”

“His ‘plot’ was uncovered and he was confronted by the female student.”

“It is claimed he has admitted what he did to the housemates - and allegedly claimed that he had done something similar in the past.”

DublinLive reports that a source confirmed that the suspect revealed he had researched his plot and knew exactly how much bleach to pour into the machine.

Read More: Book of Kells in Trinity transports history buffs to another world

A spokesperson for Trinity College said: “In the interest of student confidentiality, it is our policy not to comment on individual student cases.”

“In the event of any incident that may affect our students’ safety occurring on campus, all appropriate actions are taken by the university in order to manage the situation safely, lawfully and as set down by our student discipline policy.”

"We also provide all appropriate supports in terms of counseling and pastoral care for any students affected."

The female student who reported the incident is allegedly too frightened to attend class on campus as the accused student has not been expelled.