Book of Kells in Trinity transports history buffs to another world 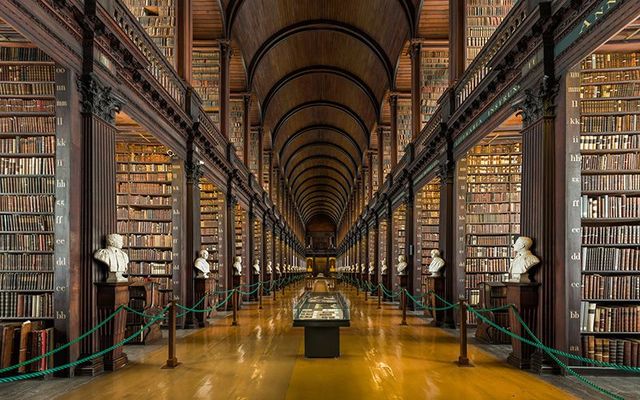 The Book of Kells, housed at Trinity College Dublin’s Library is one of Ireland’s most popular tourist attractions. The ancient manuscript merges art, history, religion, and literature, making the exhibit a must-see for anyone visiting Dublin.

Considered one of Ireland’s most important artifacts, The Book of Kells “symbolizes the power of learning, the impact of Christianity on the life of the country, and the spirit of artistic imagination,” says expert researcher Dr. Bernard Meehan.

What is The Book of Kells?

Ireland’s most prized artifact, The Book of Kells is an illuminated 680-page version of the four Gospels written in Latin. The 9th-century manuscript was composed by monks on vellum or prepared calfskin. It includes wondrously intricate illustrations which were thought to be made by four artists, while the handwritten transcriptions are believed to have been made by a team of three.

Read More: Pity the scholars who toiled over the Book of Kells and other medieval manuscripts 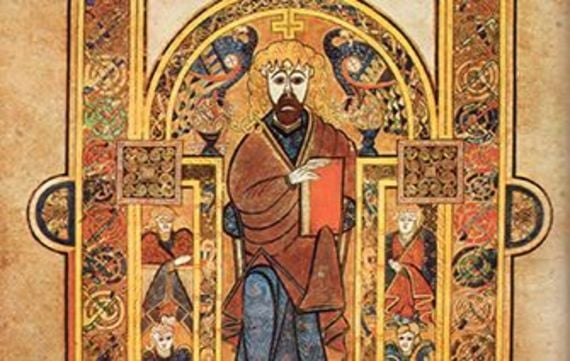 Despite its name, work on The Book of Kells is thought to have begun at a monastery on the remote Scottish island of Iona. A Viking raid in the year 806 forced the monks to flee to a monastery in Kells, Co Meath.

Recent research by Dr. Bernard Meehan suggests that the rather than all at once, the first half and second half of the book were created up to 50 years apart - one in Iona, the other in Kells.

Though undoubtedly stunning overall, the transcription process the writers used in creating the book has been deemed “remarkably careless.” Certain repetitions and omissions, coupled with the stunning artistry, have led researchers to believe that the book was likely created for ceremonial use as opposed to daily use.

It’s important to note that the Book was created when there was a period of high illiteracy. Therefore, the use of colors and images helped convey the messages of the Gospel more accurately to the masses as opposed to just words themselves.

Despite what some critics say is “careless,” 12th century writer Gerald of Wales said of the artistry in the Book of Kells: “You will make out intricacies, so delicate and so subtle, so full of knots and links, with colours so fresh and vivid, that you might say that all this were the work of an angel, and not of a man."

Read More: From Meghan Markle to Veep – more Americans than ever are visiting Trinity’s Book of Kells

Where can I see The Book of Kells?

The Book of Kells has been in the possession of Trinity College since 1661 when It was handed over to the college for safekeeping.

Housed today in the Old Library building on the Trinity campus, the Book of Kells exhibit hosts thousands of visitors every year. Located in Dublin’s bustling city center, it’s an easy day trip activity for anyone looking to learn more about the book’s magnificent history.

The Book of Kells exhibit at Trinity College is open seven days a week, except for some major holidays. Tickets can either be purchased ahead online or in person at Trinity College. Every weekday at 3 pm there are brief talks about the preservation of the Book which are included with the price of admission.

While there is an entire exhibition dedicated to The Book of Kells, don’t expect a hands-on experience. The book is centuries old and its preservation is of utmost importance - the pages of the book are turned only every three months when four new pages are put on view. Additionally, photography is prohibited in the exhibition.

Have you been to The Book of Kells? Tell us about it in the comments!