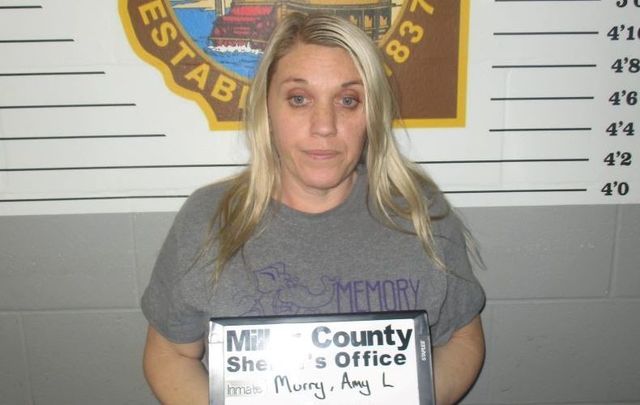 Irish American Amy Murray is accused of poisoning her husband and attempting to burn down their shared home - all in a twisted bid to marry an inmate at the prison she works at.

On December 11, after receiving a 911 call about a house fire at the Murray home in Iberia, Missouri, police arrived at the scene to discover the deceased Joshua Murray, husband of Amy, inside the house.

Miller County Sheriff Louie Gregoire told a local ABC News affiliate: "It looked suspicious. The sheriff's office detectives came in with the fire marshal's office department and started investigating it and continued from there."

An autopsy later determined that Joshua Murray had, in fact, died prior to the fire after being poisoned, likely with antifreeze. Authorities additionally determined the fire at the Murray household, which originated in the master bedroom, was arson.

A probable cause statement read in court shed light on the romantic relationship that Amy Murray had been engaging in with inmate Eugene Claypool at the correctional facility where she worked as a nurse.

A probable cause statement read: "During the phone calls, Amy Murray talks about not wanting to be around her husband, Joshua Murray, and was wanting a divorce from him.”

Amy also told Claypool that with her husband Joshua dead, she was free to marry the inmate, who was serving a life sentence on murder charges.

Amy Murray was charged with first-degree murder, second-degree arson, tampering with physical evidence, and armed criminal action. She has been released on $750,000 bail and has a court date on February 13.