Dr. Colm Henry, the HSE's Chief Clinical Officer, warned that social distancing regulations will remain in place for the duration of 2021 until enough people have been vaccinated. 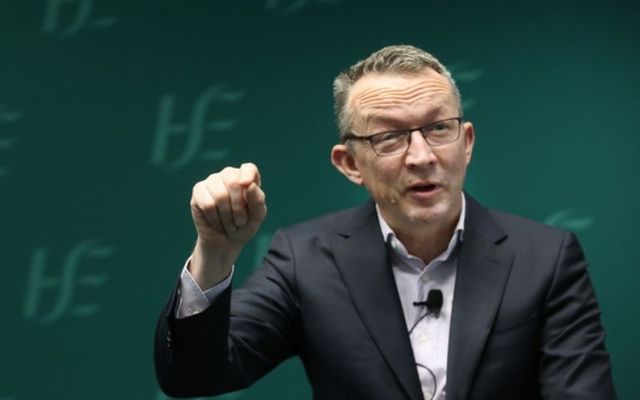 One of Ireland's top doctors has warned that COVID-19 restrictions will remain in place for another year until enough people have been vaccinated to protect the general public.

Dr. Colm Henry, the HSE's Chief Clinical Officer, said that social distancing regulations and other public health restrictions will likely remain in place for the entirety of 2021 until vaccines have been distributed among the wider Irish population.

Nursing home residents and healthcare workers are currently receiving their first dose of the vaccine and it is likely to be summer by the time people under the age of 65 with no underlying health conditions receive their first jab.

Henry told RTÉ's Raidió na Gaeltachta that people would have to stick to public health guidelines until everyone was vaccinated.

"The answer, and not everyone likes it but it’s the truth, is that the public, in general, won’t have protection from Covid-19 for at least a year," he told Raidió na Gaeltachta.

"‘We’re in the middle of the main wave now … and we can see the damage that has been wrought. The vaccine is coming, and we’ll come out of this if we can stick to the public health guidelines until everyone has been vaccinated."

He defended the speed of the Irish Government's coronavirus vaccine rollout, arguing that the health system could not go any faster than it's currently going.

"We’re giving out the vaccine as fast as we’re getting it in. We’re not keeping any back, save a very small amount for the second dose, so the vaccine is going out as fast as it’s coming in, and that’s the truth," he said.

More than 77,000 coronavirus vaccines have been administered in Ireland as of Thursday, January 14, meaning that Ireland has vaccinated the second-highest number of people per capita in the European Union after Denmark.

The HSE expects to vaccinate 130,000 with both doses of the vaccine by the end of February and expects to speed up the process when other vaccines become available.

The European Medicines Agency has approved two vaccines - Pfizer and Moderna - and is expected to approve the Oxford/AstraZeneca vaccine by the end of the month, which will supply the EU with 400 million doses. Ireland would be in line to receive about 1.1% of the Oxford vaccines, amounting to more than 4 million doses.

Pharmaceutical giants Johnson & Johnson could utterly transform the vaccine game if their vaccine is approved in February, according to the Irish Times.

The Johnson & Johnson vaccine is a single-shot vaccine and may apply for authorization in February. The company will reportedly be ready to begin delivering 400 million doses to EU countries by April.