Tanáiste Leo Varadkar said 10 million doses of the vaccine, which will be free and not compulsory, have been preordered for the Republic of Ireland. 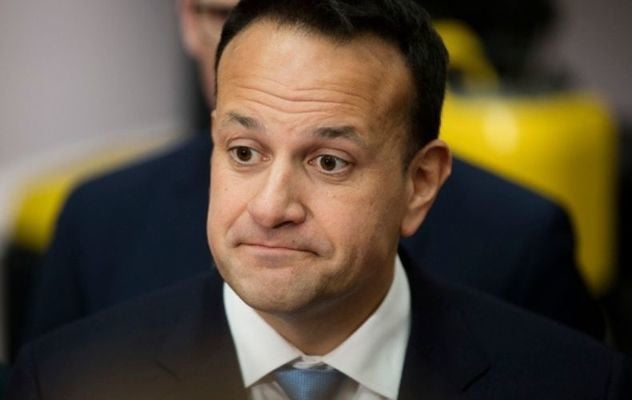 Tanáiste Leo Varadkar is hopeful of a "good summer" once vulnerable groups have been vaccinated. Rolling News

Tanáiste Leo Varadkar said that the Irish general public will receive the COVID-19 vaccine "after Easter" and said that people can look forward to a "good summer".

When asked when the "general public" might receive the vaccine, Varadkar, speaking on Today FM's 'Dermot and Dave' show, said, "it's going to be after Easter most likely."

He continued, "For people who are generally well and under 65, it'll be after Easter, realistically.

Varadkar, who was Taoiseach when the global pandemic first took hold, said vaccines will eventually be made available to the general public through GP surgeries and pharmacies, while 15 mass vaccination centers will be set up around the country.

"We have 10 million doses ordered, they just haven't arrived yet. So we'll have enough for everyone," Varadkar said. "It will be free, it will not be compulsory."

Earlier during his chat with the Irish radio show, Varadkar acknowledged that it had been a "slow start" for the Irish Government's COVID-19 vaccine rollout but said that vaccine distribution has been rapidly accelerated in the past week.

More than 35,000 people, almost all healthcare workers and people in nursing homes, were vaccinated last week, according to Varadkar, while 40,000 people will receive their first dose of the vaccine this week.

Other healthcare workers will receive the vaccine in February, while most people over the age of 65 or with underlying health conditions should be vaccinated by March or April.

Varadkar said that the vaccination roll-out in Ireland "can't happen much faster" than it is currently going due to problems with supply, although he said that supply shouldn't be an issue in the coming months when other vaccines are authorized and the Pfizer vaccine is more widely available.

He said that GPs and pharmacies have the capacity to administer roughly 100,000 vaccines per week once vaccines are widely available.

The Irish Government has ordered 10 million coronavirus vaccines and Varadkar said that there is enough for everyone in Ireland.

As long as supply is low, however, vulnerable groups will be prioritized in order to cut the death rate by up to 98% in addition to drastically reducing hospitalizations, Varadkar said.

He also confirmed that the vaccine will be free and that it will not be compulsory.

The Tanáiste said that it was unlikely that COVID-19 restrictions would be lifted until all vulnerable groups are vaccinated, arguing that it wasn't worth re-opening the country in February and risking a fourth wave of the virus.

"Let's make this the last lockdown, if possible," Varadkar said.

Varadkar said that the vaccine should really start to take effect in the second quarter of the year, paving the way for a "good summer" and a rebounding economy. He also said that the coronavirus will be less potent in the warmer weather than it is in winter.

Varadkar said that the current wave was going to be worse than the first wave last spring but said that the Irish Government was better prepared to deal with the coronavirus now.

He said that the Government had stockpiled PPE, increased ICU capacity, and hired more healthcare workers since the first wave, while healthcare professionals also know more about COVID-19 than they did at the beginning of the pandemic.

Varadkar said that it was hard to compare case numbers during the current wave with case numbers last spring since testing has been increased tenfold over the past 10 months.

However, he noted that current hospitalizations and ICU numbers dwarves those from the first wave, making this spike in infections undeniably worse.