Since the Titanic Quarter Belfast opened its doors nine months ago it has been hugely successful and is among th... 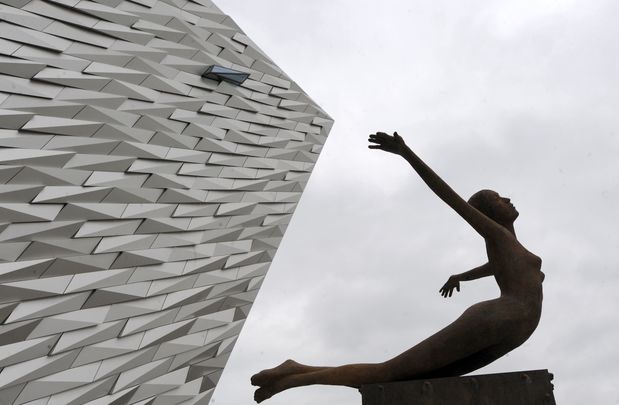 Since the Titanic Quarter Belfast opened its doors nine months ago it has been hugely successful and is among the top popular tourist attractions for visitors coming to Northern Ireland.

Top tourist spots such as the Giants Causeway and the Ulster Museum have left in the wake of the phenomenal success of the Titanic visitor experience since it opened for business in Belfast last March.

The world-class attraction has become the most visited tourist attraction after new figures showed more than 650,000 visitors passed through its doors in nine months alone, which is far beyond expectations.

The Titanic Quarter Belfast holds the world’s largest and most comprehensive Titanic visitor experience, which saw a significant rise in popularity during December, forcing staff to put up the ‘sold out’ signs during the final days of 2012.

Over 33,000 visited Titanic Belfast during December. And that figure doesn’t include the 10,000 people who came to the Victorian Father Christmas experience.

More than 23,000 people headed along to the Titanic Quarter venue between December 27 and January 6 to marvel at the exhibits and also to learn about all the things linked to the Belfast built ship which sank on its maiden voyage in 1912.

Having surpassed all visitor number expectations, the arrival of 650,000 visitors since opening on March 31 has cemented Titanic Belfast as the most popular tourist attraction in Northern Ireland and one of the top attractions in Ireland.

He added that it showed that Titanic Belfast is an all-year-round attraction for domestic and international visitors.

Mr Husbands told Belfast Telegraph: “This was our first Christmas and also the first time we hosted a Christmas experience at Titanic Belfast, and almost 10,000 people visited our Victorian Christmas street scene to meet a traditional Father Christmas, and be transported back in time to a magical Christmas period.”

“It’s a great and positive news story for Belfast and Northern Ireland tourism, we have also found that visitors are coming back to it on more than one occasion.”

The newly opened Titanic Belfast is an unmissable visit in any tour of Northern Ireland. For more information visit www.titanicbelfast.com.