7-month-old baby girl found unresponsive in her father’s car on the hottest day of the year. 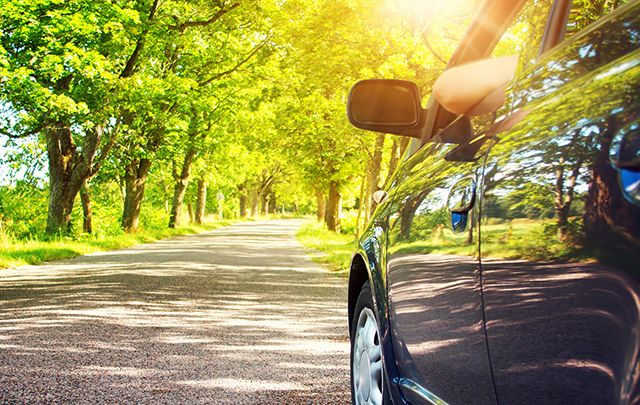 A seven-month-old baby girl was found unresponsive in her father’s car in County Tipperary, on Thursday, on the hottest day of the year so far.

A post-mortem is due to be carried out on the baby, Chloe, the only child of Paul and Louise Fogarty, from Kilfeacle, between Tipperary and Cashel. Police told RTE one line of investigation will be whether heatstroke was a factor in the baby’s death, with temperatures in the area reaching 25C (77F) on Thursday.

Chloe’s father, Paul, was due to drop her off at creche on Thursday morning at 8am before he went to his job, as a foreman, in nearby Dundrum. Paul, reportedly, became distracted by a phone call and was unaware he had left the baby in the car.

When he remembered the child, and returned to the car at 1.45pm, Chloe was unresponsive.

Gardaí (police) and emergency services were alerted and the baby was transferred by ambulance to the local GAA field before being air lifted to the University Hospital Limerick. She was pronounced dead a short time later.

Local police described the incident, to the RTE, as “a personal tragedy”.

A family friend told the Mirror “The entire community is in shock. It is a huge tragedy.

“The family are very highly respected in the area. They are hardworking, decent people.

“The father is very popular in the community and he would be big into GAA, sport and activities.

“He is a hard worker and just goes about his business and it’s just a terrible, terrible tragedy. He is crippled with grief.”

Baby dies in County Tipperary after being found in a hot car https://t.co/1SGXnUksa4 pic.twitter.com/PhBngVssuL

Local Fine Gael councilor Micheal Fitzgerald told the Irish Mirror the young family were planning the next chapter of their lives.

He said “I was talking to Paul yesterday morning. He was planning to build a new house in the parish.

“They were making plans for the future, but within a few hours, everything changed for them…This is an awful case of human error. It was the hottest day of the year. Even if it had have been today… there’s a lot more coldness there.”

Local councilor Martin Browne offered his sympathies to the parents.

“I just hope that they’re able to get the support and privacy they’ll need now during this terrible time.

“I’m sure everyone in and around the village of Dundrum will be thinking of them.”