Ireland’s temperatures to 75F this week - Nation is in shock

Warmer than Spain this week as Ireland has its warmest day of the year so far. 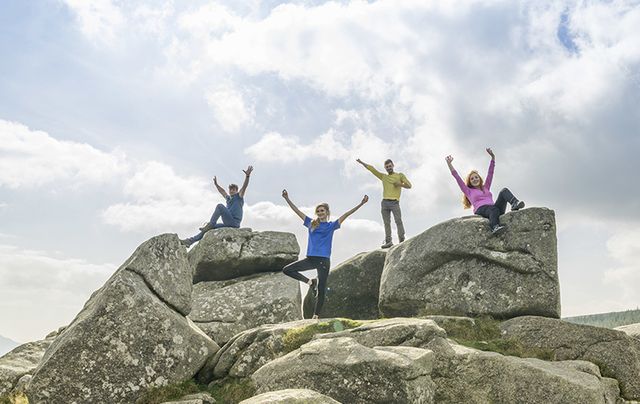 Temperatures in Ireland this week will be higher than those in Spain and the nation is rejoicing!

Metrological experts have confirmed that temperatures could reach up to 75F (24C) in parts of the country. This would be the hottest day of the years, so far, for Ireland.

These higher than normal temperatures are due to a plume of hot subtropical air. Sadly, by the end of the week Ireland’s good luck will have run out and a fresher band of air will move in and temperatures will begin to return to normal.

To put this “mini-heatwave” into perspective the average temperatures during Ireland’s summers (May to July) are between 64 and 68F. The warmest months are generally July and August, when Ireland gets 18 hours of daylight, but 75F is considered a high temperature for the island.

Ireland 🇮🇪 in full summer mode for period of 4 days Thursday, Friday, Saturday & Sunday with temperatures between 18C to 25C next weekend. pic.twitter.com/GXAABUKcDi

The warmest months, July and August, get about 18 hours of daylight and it gets dark only after 11pm. Hence the well-worn phrase in Ireland; "sure there's a grand stretch in the evenings".

In a statement, Ireland’s meteorological services, Met Eireann, said “It'll be humid today and very mild in light to moderate southwest breezes. However, it will begin rather dull, with patchy mist, drizzle and fog mainly affecting Atlantic coastal counties through the day.

"Despite this, many areas should stay dry throughout, with pockets of sunshine developing - the best of these likely over the east and parts of the south.

"Tomorrow will be another humid day tomorrow and feeling warmer. Afternoon maxima will range 18C to 23C or 24C, warmest inland with local sea breezes.

With a mini-heatwave on the way, don't forget to be sun smart. Skin cancer is the most common cancer in Ireland https://t.co/JMqtB8zvlX pic.twitter.com/9aPZcEf64a

"It'll be dry and calm practically countrywide, with any early cloud thinning out, and warm spells of sunshine developing."

Looking ahead Met Eireann predicts "The very warm and humid weather is set to last another few days, however some heavy showers may break out across the western half of the country later Friday, moving into other areas after dark.

"There's an uncertain breakdown this weekend with temperatures falling back, however they should still reach the high teens or possibly even low 20s locally."

Irish weather: Temperatures set to hit 18C this weekend - but don't get too excited https://t.co/ZM7hIbTNNp pic.twitter.com/QMGKtB4DQm