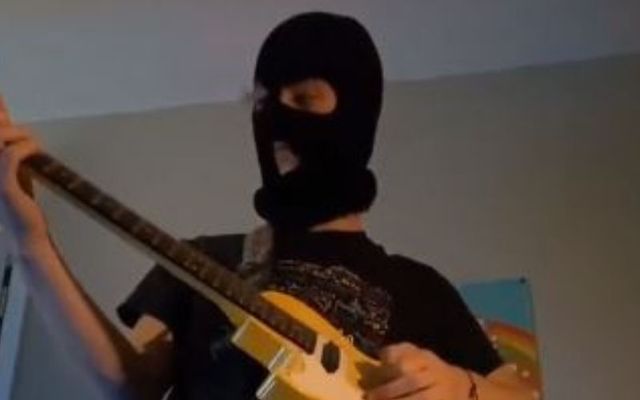 A large number of Tiktok users are now posting pro-IRA videos on the app. @jakeallen44 Tiktok

TikTok has seen a huge upswing in the number of pro-Irish Republican Army (IRA) videos posted on the social media site this summer as teens on both sides of the Atlantic appear to celebrate Republican acts of violence during the Troubles in Northern Ireland.

In the popular clips, TikTok users pretend to throw bombs under cars, brandish toy guns, and don balaclavas among other things while Irish rebel music plays in the background.

The videos appear to reference the Provisional IRA, a guerilla organization that played a significant role in the Troubles, in Northern Ireland.

One video, for instance, features a teenager holding a fake conversation with his "redneck" grandfather, who asks him if he's a Republican.

"Yeah, I'm a Republican... An Irish Republican," he says before the scene changes and the TikTok user is seen wearing a balaclava and a camouflage jacket while sporting a fake machine gun as "Come Out Ye Black & Tans", a popular rebel song, plays in the background.

Another user prefaces a video with the caption "how to stockpile potatoes" in an apparent attempt to lure Irish TikTok users to the video.

Moments later, the scene changes and the user says: "Now that the Irish are here, how's my form?" before throwing a bag under a car in an apparent reference to IRA car bombs used during the troubles.

The examples of pro-IRA videos are endless and the #IRA hashtag has generated more than 78 million views on the app, however, a significant portion of that figure can be attributed to investment videos promoting individual retirement accounts.

The new trend has also been hijacked by white Irish-American teenagers to support the Black Lives Matter movement in the United States.

"You're an Irish-American who doesn't support ACAB?" one TikTok user asks as "Come Out Ye Black & Tans plays. "Guess you forgot about the paddywagons then."

♬ when the Brits land in Dublin - antiquity_comprehension

One American user even encouraged Black Lives Matter protestors to get in touch with the IRA to make a greater impact.

Read more: Imelda May’s anti-racism poem to be displayed on billboards in Ireland

"Um, you guys protesting, I recommend you call the Irish. The IRA would probably help you. You guys need a military force."

The IRA's newfound social media popularity is somewhat head-scratching given the number of acts of violence they committed in the Troubles in Northern Ireland in the name of Ireland's freedom. However, this is a whole generation of teenagers and young adults who missed the horrors of the Troubles and the stigma attached to the IRA in the media.

Increased support for a United Ireland in the Republic of Ireland, indicated by Sinn Féin winning the popular vote in February's general election, also seems to have popularized the IRA on social media, especially in the fallout from Brexit.

The trend has almost definitely been bolstered by the recent Black Lives Matter protests with Irish American youths seemingly desperate to take political action and chastise their cop-supporting parents.

Whatever the reason, TikTok trends have proved influential in shaping the narrative of certain events.

Thousands of young TikTok users claimed to order hundreds of thousands of tickets ahead of Donald Trump's June rally in Tulsa, for example, prompting organizers to claim that one million people had requested tickets.

The Trump campaign even planned events outside the rally to cope with the overflow.

The rally, as it transpired, was sparsely populated and the 19,000-seater BOK Center only looked about half full.

TikTok users gleefully accepted credit for the half-full arena and the social media app proved powerful in spreading the message through hashtags.

It could now prove equally powerful in creating a romanticized version of the IRA among Irish and American youths with little background knowledge of the Troubles in Northern Ireland.