The cat reportedly contracted the virus from an asymptomatic caretaker at the zoo. 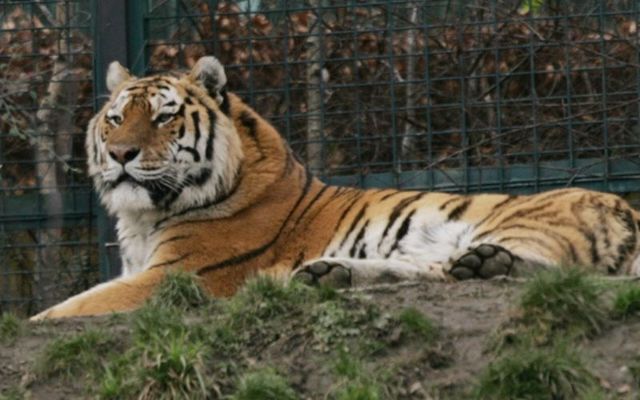 The tiger is the first US animal to test positive for the virus. Stock photo. Rolling News

A tiger at the Bronx Zoo in New York has tested positive for COVID-19, officials at the zoo have confirmed.

The cat reportedly contracted the virus from an asymptomatic caretaker at the zoo.

Nadia is the first animal in the United States to test positive for the virus.

The Wildlife Conservation Society which runs New York City's zoos said in a statement that the cats were experiencing mild symptoms.

"Though they have experienced some decrease in appetite, the cats at the Bronx Zoo are otherwise doing well under veterinary care and are bright, alert, and interactive with their keepers.

"It is not known how this disease will develop in big cats since different species can react differently to novel infections, but we will continue to monitor them closely and anticipate full recoveries."

Dr. Paul Calle, Chief Veterinarian at the Bronx Zoo, said that the testing was done in a veterinary school laboratory and was not the same as a human test.

From Dr. Paul Calle, Bronx Zoo chief veterinarian; "The COVID-19 testing that was performed on our Malayan tiger Nadia was performed in a veterinary school laboratory and is not the same test as is used for people.

The Wildlife Conservation Society said that there was "no evidence" that animals could pass the virus to humans, apart from the initial transmission in a Wuhan market.

Additionally, there was no evidence that any US had been infected with the virus by an animal, including a pet cat or dog.

A cat in Belgium tested positive for Coronavirus last week, but it is believed that it contracted the virus from its owner who had already tested positive.

Belgian health officials stressed that this was an isolated incident and that similar cases are unlikely.