The Department of Foreign Affairs confirmed that six Irish citizens have now been evacuated from Kabul International Airport since the Taliban took control of Afghanistan last week. 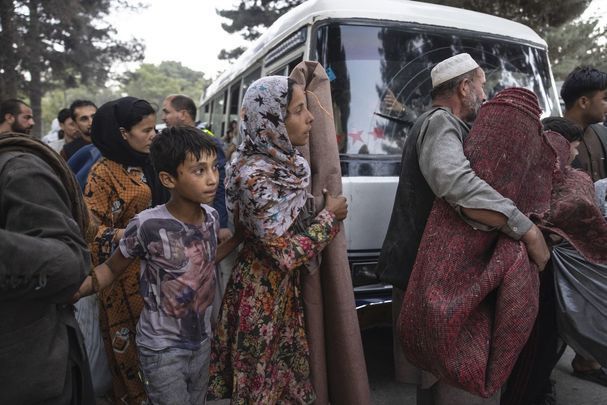 People displaced by the Taliban flooded into Kabul last week to escape the Taliban takeover of their provinces. Getty

Three more Irish people have been evacuated from Afghanistan after the Taliban took control of the country last week.

The Department of Foreign Affairs confirmed that six Irish citizens have now been evacuated from Kabul International Airport, including aid worker Aoife MacManus who arrived in Islamabad, Pakistan yesterday.

There are still 35 Irish citizens and their dependents seeking to leave Afghanistan, the Department of Foreign Affairs confirmed.

The Department says that it hopes to facilitate further evacuations in the coming days but added that the "situation remains fluid and access to the airport remains extremely difficult".

Meanwhile, a small number of Irish citizens who work for the United Nations and other international organizations plan to remain in Afghanistan, the Department of Foreign Affairs told RTÉ.

Ireland has no consular or diplomatic presence in Afghanistan, but the Irish Embassy in Abu Dhabi remains in constant contact with organizations on the ground in Kabul, such as the European Union and NATO.

Meanwhile, a NATO official confirmed that more than 18,000 people have been flown out of Kabul since the Taliban took control of the Afghan capital on Sunday.

There is widespread concern for Afghan citizens who aided NATO forces in Afghanistan over the past 20 years, with a UN intelligence paper claiming that the Taliban are hunting people down, house by house.

After taking control of the country last week, Taliban leaders promised amnesty for Afghan citizens who had worked with invading forces. However, they now appear to be conducting "targeted door-to-door visits" of Afghans who worked with US and NATO forces.

Thousands of Afghan citizens attempted to flee the country after the Taliban took control on Sunday, with at least three people falling to their deaths after climbing onto the exterior of a military plane as it took off from Kabul International Airport.