More than 12,000 Ulster Gaels call on Taoiseach to prepare for border poll

Tyrone's All Ireland-winning captain Padraig Hampsey is among the 12,000 Ulster Gaels to sign a letter addressed to Taoiseach Micheál Martin, which also calls on him to establish a citizen's assembly. 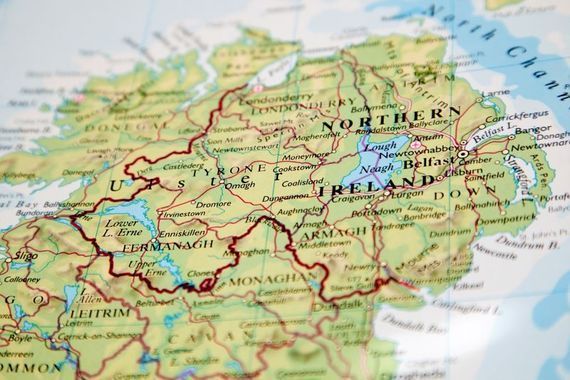 More than 12,000 Ulster Gaels have signed a letter urging Taoiseach Micheál Martin to start preparing for a referendum on a united Ireland.

Tyrone's All Ireland-winning captain Padraig Hampsey is among the 12,000 Ulster Gaels to sign the letter, which also calls on the Taoiseach to establish a citizen's assembly.

The letter was initially signed by 3,000 Antrim Gaels and delivered to the Taoiseach in May but was never acknowledged.

Former Antrim county stars Paddy Cunningham and Jane Adams, who spearheaded the campaign, hope that the Taoiseach will not take notice of the campaign after it received more than 12,000 signatures across Ulster.

Over 12000 Gaels in Ulster have now endorsed our letter to An Taoiseach @MichealMartinTD which to date he has ignored.

We are inviting Gaels across Leinster, Munster & Connaught to join us and play your part. Sign here: https://t.co/VAI217Oi8I it’s time to plan! #gaelsletter pic.twitter.com/VEOXWTP8ry

Cunningham, Adams, and Hampsey are joined in the campaign by a number of household names in Ulster GAA, including Donegal's Kevin Cassidy, Monaghan's Darren Hughes, Armagh's Aimee Mackin, and Derry's Chrissy McKaigue.

A number of high-profile Gaels from Dublin and Kerry are also expected to officially endorse the campaign next week.

Jane Adams said that the campaign had gained traction at all levels of the GAA in Ulster.

"This initiative has gained huge traction right across Ulster amongst all codes and at every level of the Association. It is clear that these conversations are happening right across the island," Adams told the Irish News.

"That's why we are appealing to our fellow Gaels to join with us and endorse this letter."

Cunningham, meanwhile, said that the Taoiseach should take notice of the large number of Ulster Gaels and Gaels in other provinces.

"I’ve sat on many zoom calls with Kerry Gaels, people who would have a lot more All-Irelands than anyone; their drive and appetite for change and the desire for a new Ireland is as strong as anyone’s in the northern province," Cunningham said.

The GAA is yet to comment on the campaign.