Thelma Egar, 5, and her brother Michael, 2, were both killed in the car fire, while their mother Lynn, who is in her 40s, suffered serious injuries. 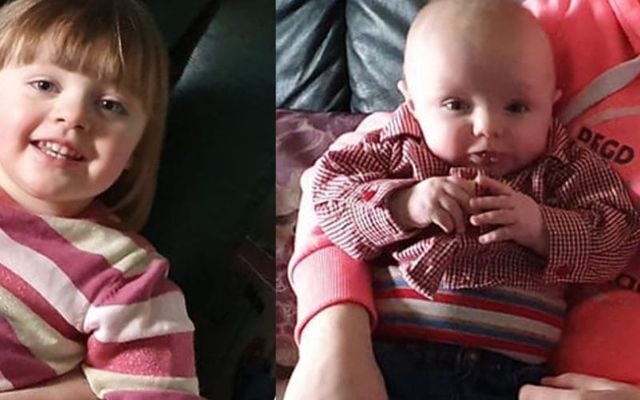 Thelma and Michael Egar were both pronounced dead on Friday afternoon. Family's Own

Gardaí believe that a car fire in County Westmeath that left two children dead on Friday evening may have been started deliberately, according to widespread reports.

Thelma Dennany, 5, and her brother Michael, 2, were both killed in the car fire, while their mother Lynn Egar, who is in her 40s, suffered serious injuries.

The family was in their car on a rural road near Multyfarnham when their vehicle became engulfed in flames.

Detectives at Mullingar Garda Station are investigating the incident and strongly suspect that the fire was started maliciously. They believe the incident was criminal in nature and arson is the main line of inquiry, according to the Irish Times.

Lynn was airlifted from the scene and has been undergoing treatment at a Dublin hospital. Her condition is described as serious but stable. It is unclear when she will be alert enough to speak to gardaí.

Members of the Garda Technical Bureau have conducted examinations of the scene where the fire took place in addition to the Egar family home. The vehicle was also taken from the scene to be examined, while State Pathologist Dr. Sally Ann Collis carried out post-mortem examinations on the two children on Saturday.

Around 500 people gathered in Multyfarnham, on Sunday evening for a vigil, in honor of Michael and Thelma.

Consisting of friends, family, students, and teachers, the crowd of mourners walked in silence from a local pre-school to St. Cremin's National School, where Thelma was in senior infants.

Local priest Fr. Conor Magee held a short prayer service at the school, where prayers were offered to the two young children and their mother at "this most difficult time".

Fr. John O'Brien of Multyfarnham Franciscan Abbey told RTÉ News that there is an overwhelming sense of sadness and shock in the local community.

He said it was "like a cloud coming down on us as we face the terrible tragedy".