A teenage girl was assaulted near Johnstown, Co Kilkenny around noon on Monday by a "white male in his 40s with an Irish accent," gardaí said in a statement. 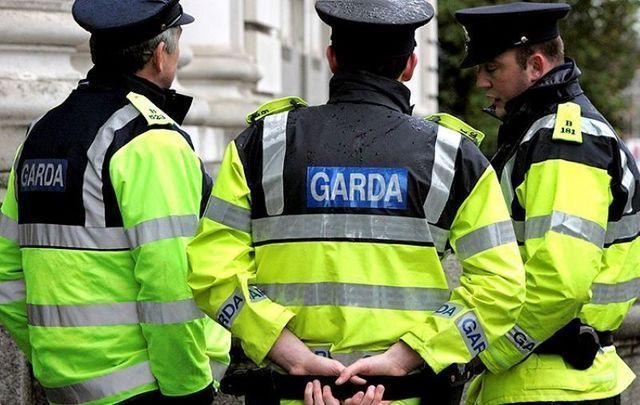 Gardai are investigating in Co Kilkenny after a teenage girl was attacked around midday. RollingNews.ie

Gardaí in Kilkenny are investigating the circumstances of an incident between a teenage girl and an unknown male which took place near Johnstown, Co Kilkenny today, January 31, shortly after 12 pm.

The girl was approached by the male and assaulted before the man left the scene, gardaí said in a statement on Monday.

The teenage girl was taken to St Luke’s General Hospital Kilkenny and treated for shock and a physical injury (non-life threatening). Investigating Gardaí have carried out an initial interview with the girl.

The male is best described, at this time, as a white male in his 40s with an Irish accent.

Gardaí say they continue to carry out enquiries and recover CCTV from the area.

Gardaí are appealing for any person travelling on the R639 between Johnstown and The Gallops (a minor road also known locally as Cullinanes Lane), Ballyspellan between 11 am and 12:15 pm, particularly any person with any video footage (dashcam or other recording device) to contact Gardaí at Kilkenny at 056 7775000, the Garda Confidential Line 1800 666 111 or any Garda Station.

According to The Irish Times, the attack took place in a rural laneway not far from the village of Johnstown. The teen struggled and screamed and her attacker, reportedly wearing dark clothing, fled the scene.

Pat Fitzpatrick, the chairman of the local Joint Policing Committee, told The Irish Times that he was “shocked and saddened that such an incident could happen in broad daylight."

He added: “My thoughts are with the woman and her family and I hope she makes a speedy recovery.”

The incident comes less than a month after 23-year-old Ashling Murphy was fatally attacked while jogging along the canal in Tullamore, Co Offaly, a murder that shocked not only Ireland but the global Irish community. One man is in custody after being charged with her murder.