Taoiseach Micheál Martin said that priority groups could receive a vaccine in the first half of next year, pending clinical trials. 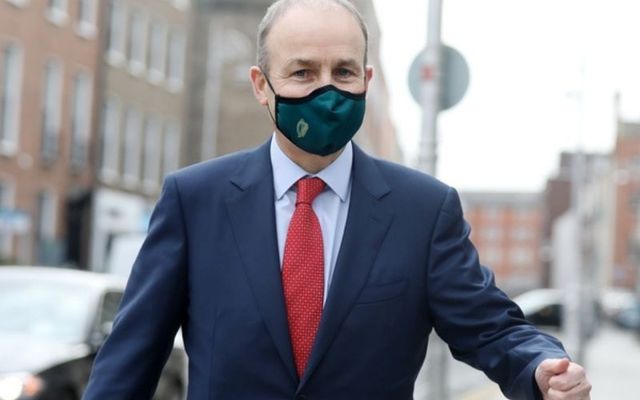 Taoiseach Micheál Martin has said that a coronavirus vaccine, once proven effective, could be available in Ireland by the middle of next year.

Martin was speaking to RTÉ News on Friday afternoon and said that "hopefully" a COVID-19 vaccine would be made available to high-priority groups like essential workers and vulnerable members of the community in the early part of 2021.

The Taoiseach said that the vaccine would then be made available to the rest of the country by mid-2021.

However, he said that these timeframes were only estimates and that everything depended on regulatory bodies in the EU and the US.

"Look, I don’t have precise knowledge on this yet because a lot depends on the clinical trials coming through the regulatory authorities in Europe and the FDA in the United States, and then going into distribution, logistics, and manufacturing as well," Martin told RTÉ News.

Hopefully, in the first half of 2021...we could start rolling out [Covid-19] vaccines, maybe earlier for the more vulnerable groups, Taoiseach Micheál Martin tells Brian Dobson on RTÉ’s News at One pic.twitter.com/JFlJfFdlWn

The Taoiseach said that the Pfizer/BioNTech vaccine appeared to be on target, while the AstraZeneca vaccine in development at Oxford University also appeared to be running on schedule.

Pfizer and German partner BioNTech announced earlier this week that their vaccine had proved 92% effective against the coronavirus in clinical trials involving more than 40,000 people. The pharmaceutical giants are now seeking emergency federal approval in the US in order to distribute the vaccine.

Ireland is in line to receive a significant number of Pfizer vaccines due to its European Union membership.

The European Commission is set to authorize a deal with Pfizer that would secure 300 million doses of the vaccine for the European Union. The vaccine would then be distributed among the EU member states based on their population.

Ireland, with just over 1% of the EU's population, would be in line to receive around 3 million doses of the Pfizer vaccine.

Meanwhile, the Irish Independent reports that Ireland could be in line to receive six different vaccine candidates during 2021.

If all six candidates get the green light, Ireland could be in line to receive more than 18 million vaccines next year, more than enough to immunize the entire population.