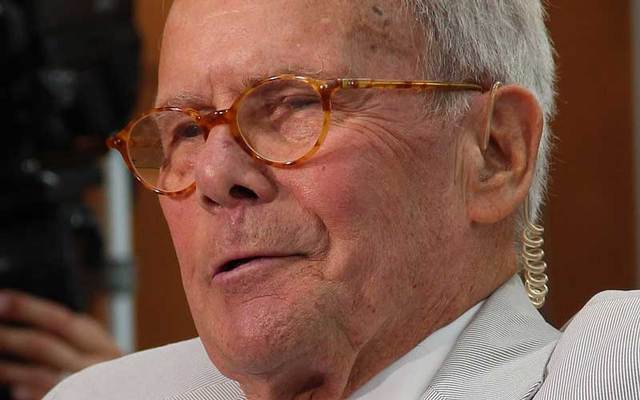 More than 60 women have signed a letter showing support of Tom Brokaw in the wake of recent sexual harassment claims against the NBC News journalist.

Brokaw has often spoken of his Irish roots and his mother's family the Conleys. He is Huguenot on his father's side. He has been honored by our sister publication Irish America in the past.

Brokaw wrote to friends and colleagues on Saturday morning. “It is 4 A.M. on the first day of my new life as an accused predator in the universe of American journalism. I was ambushed and then perp walked across the pages of The Washington Post and Variety as an avatar of male misogyny, taken to the guillotine and stripped of any honor and achievement I had earned in more than a half-century of journalism and citizenship.” '

He stated he had helped the accuser, correspondent Linda Vester, in her career, met her twice in 24 years, and completely denied the allegation.

Current and former NBC News female staffers who have worked with Brokaw, including Rachel Maddow, Andrea Mitchell, Maria Shriver and Kelly O’Donnell, have since signed a letter of support praising him “as a man of tremendous decency and integrity” and as one who “treated each of us with fairness and respect.”

Read More: In defense of men, especially the Irish male, during the #MeToo movement

The letter was issued after The Washington Post and Variety reported on Thursday that Brokaw, 78, was accused by former Middle East war correspondent Linda Vester, now 52, of sexually harassing her when she was in her 20s, in the mid-1990s.

Variety reports that the letter of support was written by Elizabeth Bowyer, a former producer who worked for Brokaw and NBC News and who also worked with Brokaw on his books The Greatest Generation and Boom: Voices of the Sixties.

Bowyer sent the letter to several current and former NBC News staffers on Friday morning. She said the response was “overwhelming.”

Here is the complete letter:

As professional women, we fully endorse the conversation around abuse of power in the workplace. In the context of that conversation, we would like to share our perspectives on working with Tom Brokaw.

We are current and former colleagues of Tom’s, who have worked with him over a period spanning four decades. We are producers, correspondents, anchors, directors, executives, researchers, personal assistants, editors and technical staff.

Tom has treated each of us with fairness and respect. He has given each of us opportunities for advancement and championed our successes throughout our careers. As we have advanced across industries — news, publishing, law, business and government — Tom has been a valued source of counsel and support. We know him to be a man of tremendous decency and integrity.