The ship is named after William Charles “Bill” Fitzgerald who was a U.S. advisor to the South Vietnamese Navy during the Vietnam War 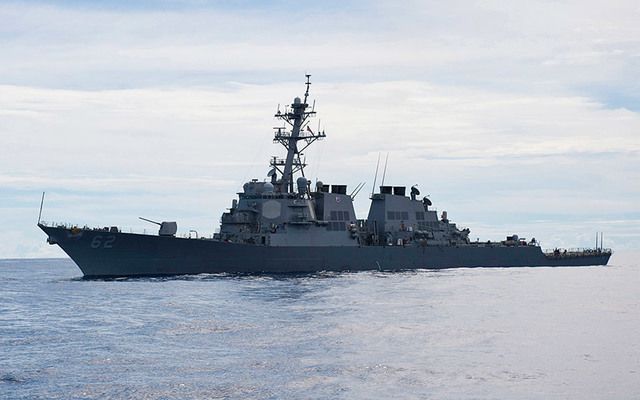 The U.S. Navy destroyer which was struck by a container ship off Japan last weekend - a collision that resulted in the tragic loss of seven U.S. sailors - is named after an Irish American Vietnam War hero who died in action fifty years ago this August.

The sailors, aged between 19 and 37, were initially reported missing after Saturday’s predawn collision but their bodies were found a day later in a flooded compartment on the USS Fitzgerald.

The Fitzgerald, an Arleigh Burke Class destroyer which has served since 1995 and took part in the Iraq War in 2003, is currently based in Japan.

The ship is named after William Charles “Bill” Fitzgerald who was a U.S. advisor to the South Vietnamese Navy during the Vietnam War and assigned to Coastal Defense Group 16.

Early in the morning of August 7, 1967, Defense Group 16 was attacked by the Viet Cong.

After coordinating the evacuation of civilians, Fitzgerald and three comrades fought back against the attackers.

Fitzgerald, a Vermont native, ordered his three comrades to make their escape, but stayed behind himself to cover their retreat.

He would be mortally wounded in the action and was later awarded a posthumous Navy Cross.

The USS Fitzgerald is currently commanded by Commander Bryce Benson who was injured in the collision but has been released from hospital.