Storm Callum kills Irish father of one in the UK

David Dooley, a native of Co Offaly, was killed on Saturday as a result of Storm Callum in the UK. 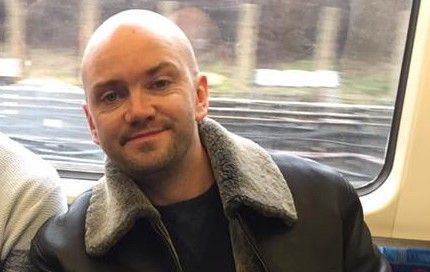 David Dooley was killed on Saturday in the UK after encountering difficulty during Storm Callum Facebook, David Dooley

Storm Callum killed an Irish father of one in the UK after he got into difficulty while walking on an English beach on Saturday morning.

David Dooley, 38, originally from Tullamore in Co Offaly, was walking along the beach in Brighton during the early hours of Saturday morning when he encountered difficulty in the strong Storm Callum surf.

Dooley had been in Brighton meeting up with an old friend on Friday night. The two went for a walk on the beach when Dooley was swept out.

Emergency services arrived at the scene and were able to rescue Dooley from the water, but the Irishman was pronounced dead a short time later.

A tweet from RNLI in Brighton said CPR was performed on Dooley when he was rescued.

The volunteer @RNLI crew launched at 01.52 Saturday to a person in the water between the Piers. The person was located & recovered in challenging conditions. CPR commenced until handed over to @SECAmbulance . Sadly he couldn’t be revived.Thoughts are with the family and friends

Living in the UK for 15 years, Dooley worked as an engineer for the London Underground. He leaves behind a son and grandchild.

Gerry Foley, the owner of Windmill pub in Acton, West London where Dooley was a regular, told the Irish Times: “He had a lot going for him. I only saw him last Saturday. He was in top form. He was on top of the world because his son had great news. He had a child as well.”

“He was one of my regulars. He was a musical kind of guy and a good character. If there was a party on, he would pull out a guitar and do a few songs.”

“He went to see a friend in Brighton he hadn’t seen for 20 years. They went for a walk along the beach,” he said.

“Seemingly there were there for about 10 minutes. It was a pebble beach.  [Dooley] was seen walking towards the water edge and it was dark. He was walking back and the next thing is [his] friend couldn’t see him.”

“He probably went down to look at the wave and he might have fallen on the ground. The sea was very choppy and a wave came in and rolled him out.”

Speaking with the Independent, Foley said of Dooley, “He was in the prime of his life and anywhere he went there was a positive energy around him. His son also just had a baby and he was looking forward to spending time with him.

“He loved rugby, soccer, music and especially his hometown in Ireland.”

“David has left behind a son, grandson, his beautiful wife and a huge number of friends. He will be greatly missed,” he said.

In a statement, Sussex Police in the UK said, “Sussex Police received a report of a man in the sea near West Street, Brighton, at 1.21am on Saturday (October 13th).

“Coastguards, police and the South East Coast Ambulance Service attended the scene. The 38-year-old man was retrieved from the water but was sadly pronounced dead at the scene."

“Next of kin have been informed and the matter has been passed to the Coroner’s Office.”