Spike Island is one of the most popular tourist attractions in Ireland and is known as "Ireland's Alcatraz." 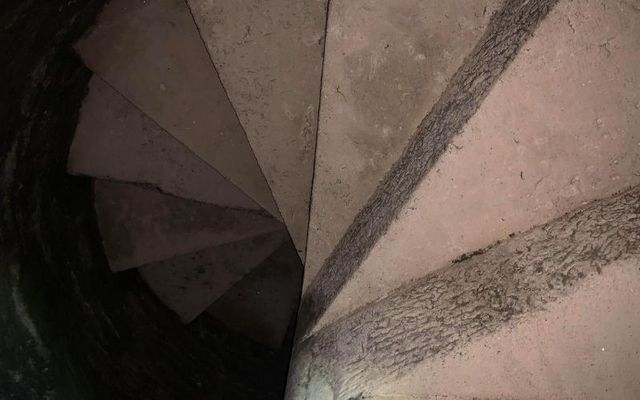 Spike Island Prison was once the biggest prison in Ireland or Britain. Fortress Spike Island Facebook

Staff at the famous Spike Island Prison off Cork have uncovered a unique 230-year-old staircase that looks "like something out of Harry Potter."

The staff made the discovery while reopening a tunnel that runs under the fort's walls, called a sallyport, earlier this week.

The staircase is like one found at Hogwarts, according to the staff, who said it appeared to be floating in mid-air.

Staff at the renowned tourist attraction had been reopening areas in the prison for future public use, according to a post on the Fortress Spike Island Facebook page. Workers removed a wall that had been blocking the sallyport for decades and made the surprise discovery, the post said.

"When we removed the wall that had been blocking it up for decades we did not expect to find a door leading to a 230-year-old spiral staircase! It is cut from stone and seems to floats like something out of Harry Potter," the post said.

The post claimed that the staircase was likely a remnant of the first fort built on the island in 1790, explaining why there are no other staircases like it.

The staircase and sallyport, which runs from the inner fortress right out to the outer extremities, were likely swallowed up by the new fort when construction began in 1804, making them both redundant.

"Being on the east side of the fort, it is highly likely this was part of the first fort built on the island in 1790, explaining it being the only one.

"The work to build the much larger present fort which was started in 1804 swallowed up that first fort and made the sallyport and staircase redundant, so it was blocked up and hidden to this day."

WOW! We made a 230 year old discovery on Spike Island Cork! We were reopening old areas of the fort for future public...

The prison, located in Cork Harbor, was once the largest prison in Great Britain and Ireland and housed more than 2,000 convicts at a given time, including some of Ireland's most notorious criminals during the 19th century.

Spike Island also became a depot for convicts headed to Australia during the Great Hunger in 1847. Archaeologists have uncovered more than 250 bodies in a convict mass grave on the island that dates back to the Famine and it is estimated that a total of 900 convicts are buried on the island.

The prison returned to military control in 1883 and remained under the command of the British army until 1938. It was then used by the Irish Army under the name Fort Mitchell until 1985 when it reopened as a civilian prison.

The prison only shut down in 2004 and opened as a tourist attraction in 2015 and is now known as "Ireland's Alcatraz."

Spike Island originally housed a British army fort - Fort Westmoreland - and the first regular garrison moved onto the island in 1806, just two years after this unique staircase was buried from the naked eye.