Skippy, an Irish farm dog who has lived with his owner Pat Geraghty in Co Mayo since the mid-1990s, has sadly passed away. 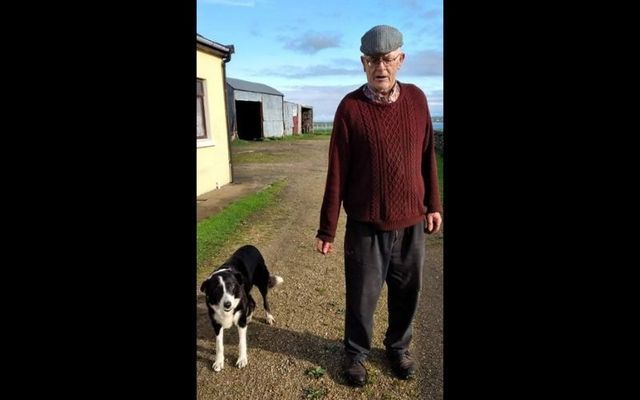 Skippy, a Border Collie who was believed to be about 27 years old, passed away on Wednesday, July 6 in Co Mayo where he had lived since he was a pup.

Skippy was well looked after in his final days by his dedicated owner, farmer Pat Geraghty, 84, who tended to the trusty farm dog with bedding, food, water, and medicine, the Irish Mirror reported.

Geraghty's nephew Pearse told Western People that Skippy was not in great health in recent months and that his passing was sad news.

“He was a real fighter, that’s for sure,” Pearse said of the beloved dog.

Geraghty previously said he got Skippy from dog breeder Joe Dean, who was based in Belmullet in Co Mayo, in the summer of 1995. However, there is no official paperwork to confirm Skippy's age, just memories from family members and neighbors.

Believed to have been about 27 years old, Skippy was thought to have been the oldest living dog in the world, though there were no official records to prove it. The Guinness World Records says that the oldest dog ever was Bluey, a female Australian cattle dog who lived to be 29 years and five days old, and in May of this year, a Toy Fox terrier in South Carolina was named the oldest living dog in the world at the age of 22 years and 59 days old.

Earlier this year, Skippy went viral when Geraghty's neighbor Fergus Sweeney shared a picture of the gorgeous dog on Twitter, noting that he was born in 1996.

Sweeney later sat down with Geraghty to have a chat about his many years with Skippy, who lived in the barn on Geraghty's property in Elly Bay, Co Mayo.

In the wake of his viral fame, Skippy was named an honorary brand ambassador for Brandy dog food, based in Co Armagh. Geraghty had said that he fed Skippy two cans of Brandy dog food every day, one in the morning and one in the evening.

“I am delighted that Skippy is being honoured this way,” Geraghty said when Skippy received the honor. “He’s been a great friend to me throughout the years as well as helping around the farm, although he is retired now, so not as mobile.

"At the minute he is taking a well-deserved rest in his favourite spot - the barn - but I still check in with him every day to feed him and make sure he is well looked after.”