The skeletal remains, which were discovered during construction in the busy shopping district, are set to be excavated and studied at a local museum. 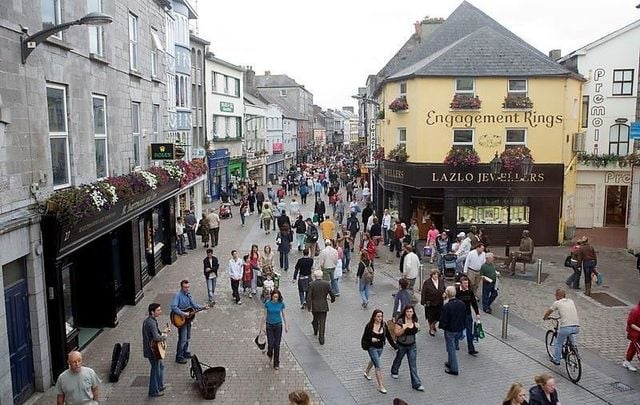 Skeletal remains that were discovered underneath Shop Street in Galway City are set to be excavated.

Read More: Wexford police believe skeletal remains are those of an Italian woman in her 50s

In May, The Galway City Tribune reported that “fragments of a skull, pelvis, vertebrae and leg” were discovered during excavation works in the busy shopping district. The area is set to undergo massive renovations, including a resurfacing of the street.

The discovery of the remains was promptly reported to local Gardaí, the coroner, the National Monuments Service, and the National Museum.

Dr. Jim Higgins, Galway City Council’s Cultural Heritage Officer, told The Galway City Tribune that it appeared the remains had been disturbed previously and laid together in one pile. However, one group of bones may be in their original burial place.

Archaeologists from the Moore Group photographed and recorded the exact locations of the remains before covering the site with sand and weak concrete in order to protect the artifacts from footfall.

In June, Declan Moore of the Moore Group Archaeological and Environmental Services said: “These are disarticulated human remains – they are not fully complete – so it is a sensitive matter. We are going to remove them within the next few weeks but I couldn’t say at this stage when that will happen.”

Dr. Higgins said the remains will go to the National Museum for further examination: “They will see if the remnants belong to one or two or more people. They’ll be able to tell if there was anything unusual about the death, if they died from disease or a natural death. To determine the age, they will need a long bone to determine the height of the corpse or they may can look at the dentition (teeth).”

“To date the remains, they can send a sample for carbon dating to determine whether it’s medieval but you can often determine that from the context – if found in a particular layer of earth – or if beside pottery that goes back to the 13th or 14th century.”

Speculating on where the remains might have come from, Dr. Higgins said: “I would say it’s most likely from St Nicholas’ Cemetery but radiocarbon dating would clarify that.”

Dr. Higgins added that the remains will likely stay at the Galway City Museum after they are properly analyzed: “Galway City Museum is one of 17 or 18 designated museums in the country that have been approved by the National Museum of Ireland so the director could apply to have them displayed here in Galway if the bones were of sufficient interest which depends on the report.”