Billy Hampton has now left $4.09 million to the party since he died three years ago at the age of 82. 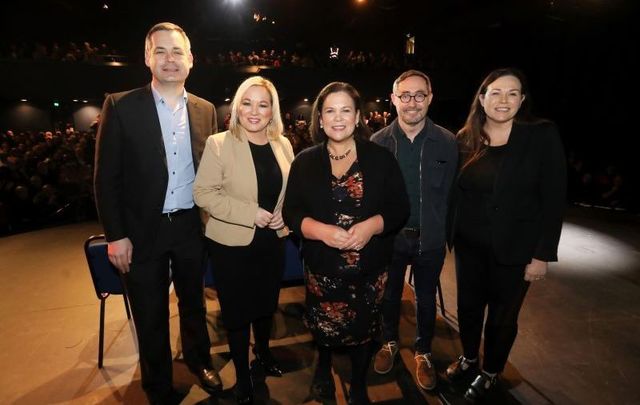 Sinn Féin has received another $1.1 million donation from the will of an English man who died in Wales in 2018.

Billy Hampton has now left $4.09 million to the party since he died three years ago at the age of 82.

The $4.09 million total donation is the largest known donation to any political party in Northern Ireland from a single donor.

The money has been gifted in installments over the past three years, with Sinn Féin announcing the first donation of $2.12 million in September 2019.

In 2019, Sinn Féin President Mary Lou McDonald paid tribute to Hampton and described him as a "rebel with a cause".

The former market trader's ashes were buried in West Belfast and the party also erected a memorial stone in his honor at a cemetery in Hannahstown, County Armagh, which describes him as a "true friend of Ireland".

Friends of the late English man say that he donated money to Sinn Féin as payback to the British authorities for not allowing him to access his inheritance as a lump sum.

Hampton's father Tim was a wealthy businessman and left his son a significant inheritance. However, he was unable to access it as a single lump sum and decided to donate the money to Sinn Féin in his will "out of spite" and "to say "up you" to the British establishment", according to his friend Dave Morton.

Hampton made his will while living in a caravan in County Cavan in 1997. According to a copy of the will, the executors and trustees were former IRA chief-of-staff Joe Cahill and Irish republican Dessie Mackin.

Hampton's latest donation to Sinn Féin was accepted by the party on February 10 this year, according to figures released by Northern Ireland's Electoral Commission.

The $1.12 million donation represents roughly 80% of all donations to all political parties in Northern Ireland across the first three months of 2021.