The garda, his wife, and their two children escaped unharmed from the blaze, but gardaí say that the house was badly damaged in the attack. 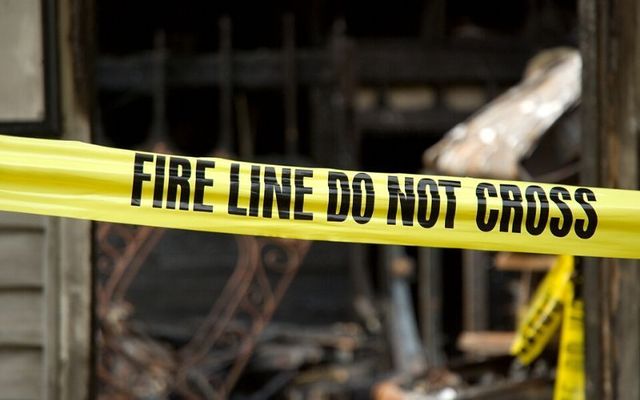 Irish police are investigating a shocking arson attack on the home of an Irish cop and his pregnant wife in Dundalk, County Louth.

The police officer, his wife, and their two children escaped unharmed from the blaze, but Gardaí (Irish police) say that the house was badly damaged in the attack, which took place at around 11 p.m. on Sunday, June 7.

Local fire service brought the blaze under control and Gardaí are currently investigating the scene.

The attack is believed to be connected to the garda's involvement in a significant local drug seizure, according to RTÉ News.

An Gardaí are appealing for anyone who was in the Bay Estate area between 10:30 p.m. and 11:30 p.m. last night to come forward.

Additionally, Gardaí are appealing for any information about a white van that was spotted in the estate earlier in the day at around 3 p.m.

RTÉ reports that a man ran up to the house and threw an incendiary device which set fire to the dwelling and the surrounding trees.

The heat of the flames reportedly caused the house's windows to crack.

The garda's children, who are both under 10, were taken from their beds and safely escaped the house unharmed but traumatized.

There have been a number of arson attempts on Gardaí in Dundalk over the past 18 months.

A garda avoided injury when her car was firebombed in November 2018, for instance, while a suspected arsonist was apprehended outside Dundalk Garda Station last September when Gardaí caught him crouching behind a patrol car.

Criminals additionally set fire to off-duty Gardaí's cars in a housing estate last April. Gardaí described the attack as a method of intimidation. Three cars were destroyed in the attack.