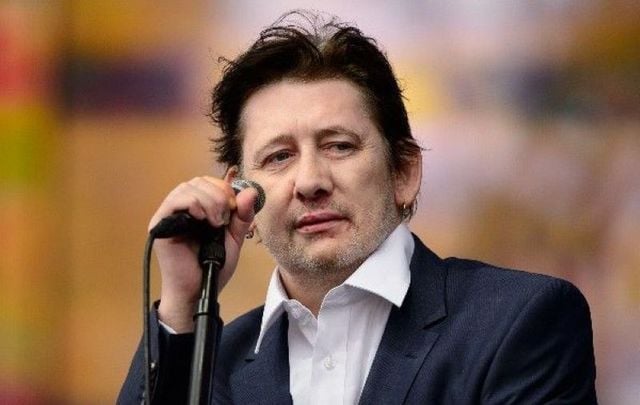 Shane MacGowan and Johnny Depp have been pals for decades

The defamation trial currently ongoing in London between bitter exes Johnny Depp and Amber Heard – so debauched and depraved that it’s difficult to read beyond the salacious headlines – is being watched by one of Depp’s closest Irish friends, Shane MacGowan of the Pogues, and he’s firmly on Team Johnny.

Johnny and Amber are accusing each other of mutual beatings, drug-fueled rages, and other gross acts we choose not to mention, but MacGowan says Depp is incapable of causing harm to a lady.

“I know Johnny and he’s a gentleman, he’s a great guy. He would never raise a hand to a woman, never mind hit a woman. He would never do anything like that,” MacGowan, a legendary hell-raiser in his own right, told the Sunday World in Ireland.

“Of course I’d defend Johnny. What’s been said about him is all lies. I wish Johnny the best of luck with his case.”

Shane – hard to believe he’s 62 – met Depp during one of the megastar’s trips to Ireland 30 years ago. “We hit it off and have remained friends to this day,” he said.

That’s for sure. Johnny has been present for so many of Shane’s big life events, including his marriage to Victoria Mary Clarke at the end of 2018 in Copenhagen. At that point, Victoria told the Sunday Independent, Johnny confided that his marriage to Amber was pretty much kaput, with allegations of physical and emotional abuse flying.

"I do remember Shane saying to him that he should forgive Amber. And (Johnny) said that he would love to be able to get there but that, for the sake of his kids, he knew he needed to clear his name,” Victoria said.

"That was the thing that upset him most, how his kids had been affected by what was being said.”

Johnny and Shane were good at poking fun at each other, Victoria added, with Shane often the aggressor. "I have seen Shane bully and slag Johnny to the point where I would even lose my temper at some of the things he would say. But Johnny would just take it, and take it, and take it,” she revealed.

The London fiasco between Amber and Johnny is thankfully entering its closing stages.