A total of seven people died in water-related accidents over the past week as Ireland basked in unusually warm weather. 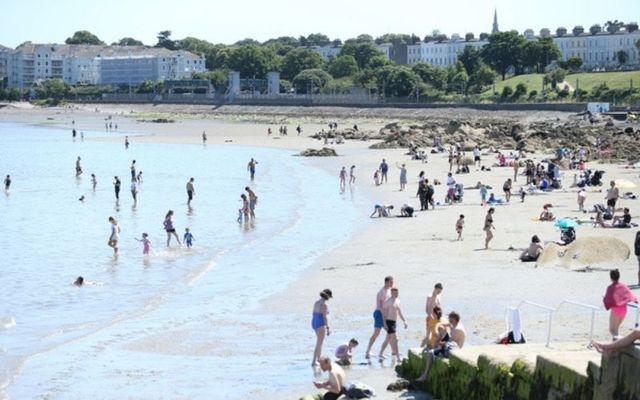 Crowds flock to Seapoint in Dublin during a period of fine summer weather. Rolling News

Ireland's recent spell of unusually warm weather has tragically resulted in a significant spike in water-related accidents, with seven people drowning over the past week.

A man in his 60s died on Sunday afternoon after getting into difficulty off a beach in Tramore, County Waterford. Emergency services pulled the man from the water and took him to Waterford Regional Hospital, but he was later pronounced dead.

On Friday, meanwhile, a man's body was recovered from the water at Dollymount in North Dublin.

Earlier in the week, 13-year-old Jay Moffett died after getting into difficulty in a lake in Canal Court, County Down, while a 15-year-old boy died on Tuesday after entering Lough Sheelin in County Cavan.

A further three people died in water-related accidents on Wednesday. Mother-of-two Natasha Core, 29, died after jumping into Loch Gowna, County Cavan, to rescue her nine-year-old son from a notoriously dangerous stretch of water. Core managed to help her son out of the water but got into difficulty and her body was subsequently recovered from the water by a search and rescue team.

The man, named locally as Michael Hoey, had been snorkeling and failed to return to the surface.

The charity encouraged people to swim at lifeguarded waterways and to ensure that the water's edge is shallow to allow for a safe entry and exit.

If it is not possible to swim at a lifeguarded waterway, Irish Water Safety advises people to swim in areas known to be safe and where ring buoys are present.

Gerard O'Flynn, the operations manager for the Irish Coast Guard, has issued a number of recommendations for anyone wishing to swim in Irish waters over the warmer months.