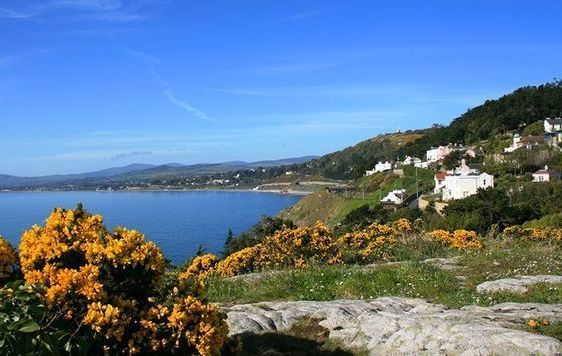 View of the Irish Sea from Dalkey Hill. iStock

A young man has died after getting into difficulty while swimming off the coast of Dublin.

Bystanders at Vico raised the alarm at about 3:50 pm on Thursday, while a witness said that a nurse ran into the ocean to go to the aid of the young man. The witness said that a member of An Garda Síochána later helped the nurse pull the man from the water.

"There was a nurse present at the incident who jumped into the water to save him, then a guard [Irish police officer] then jumped in and helped her bring him to shore," a witness told the Irish Independent.

The witness said that the nurse also performed CPR on the man for about ten minutes before emergency services arrived at the scene.

However, the man had already been pulled out of the water by the time the Coast Guard helicopter arrived at the scene.

Coast Guard rescue helicopter 116 winched the man up from the shore and transported him to Beaumont Hospital in North Dublin where he was later pronounced dead.

All winch crew on the helicopter were trained paramedics and administered expert care while en route to Beaumont in an attempt to save the man's life.

Gardaí are treating the incident as a tragic accident.